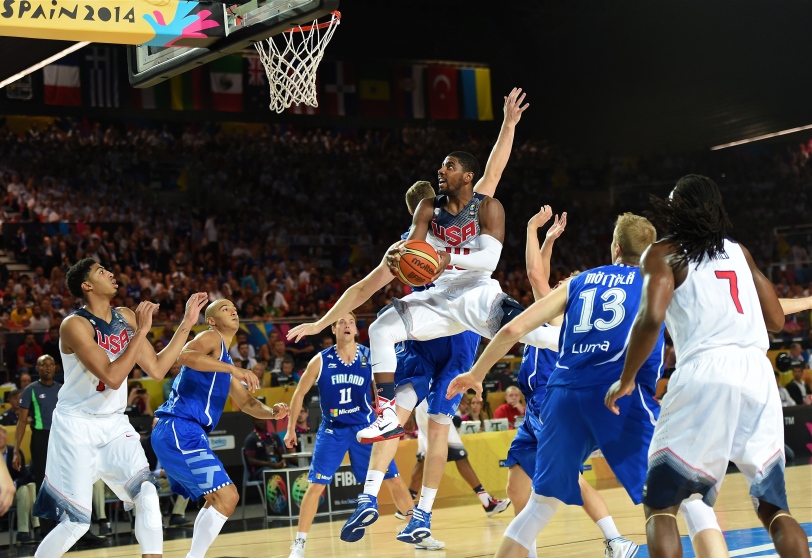 The United States routed Finland 114-55 in their sold-out opening match at the FIBA 2014 World Cup in Bilbao, Spain on Saturday.

The US led 31-16 after the first quarter and 60-18 at half-time, limiting Finland to two points in the second quarter while reeling off 21 straight points.

Klay Thompson led the US with 18 points. 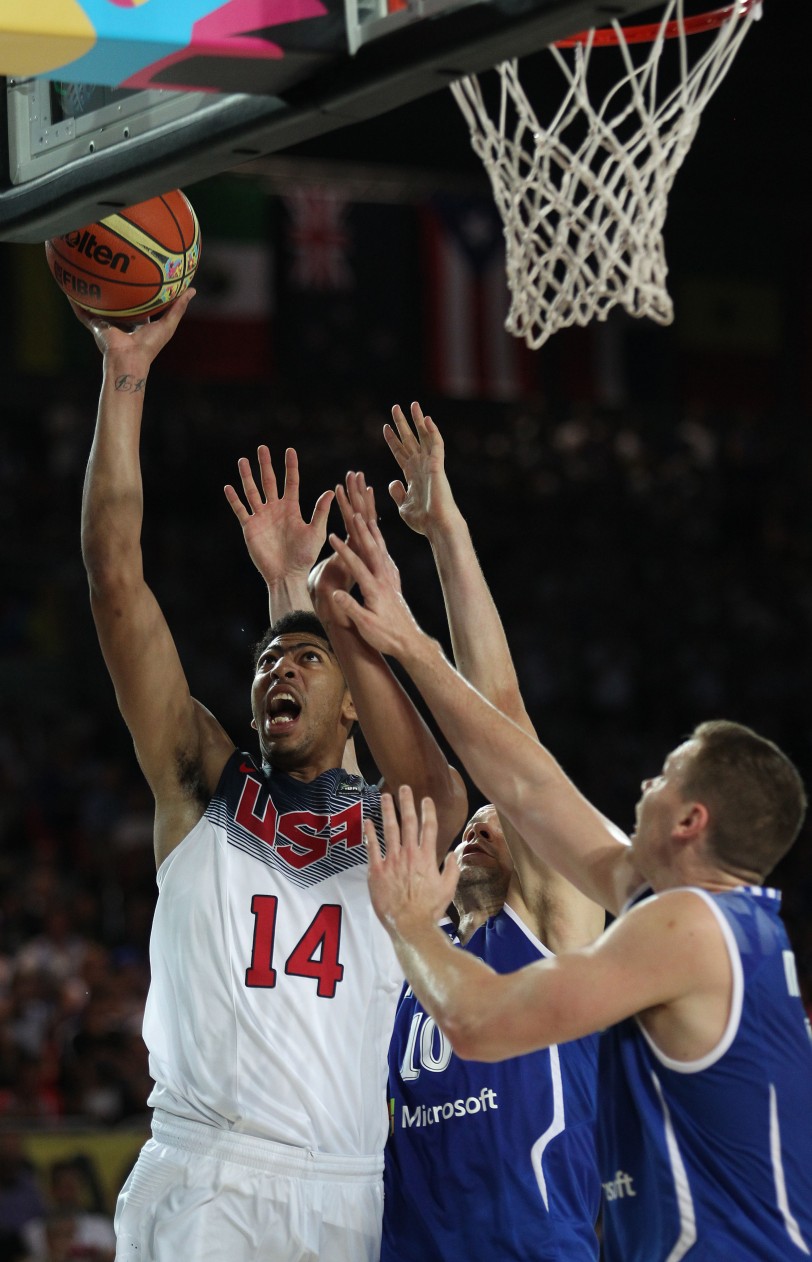 Derrick Rose scored 12, including spectacular dunks after splitting the defense. 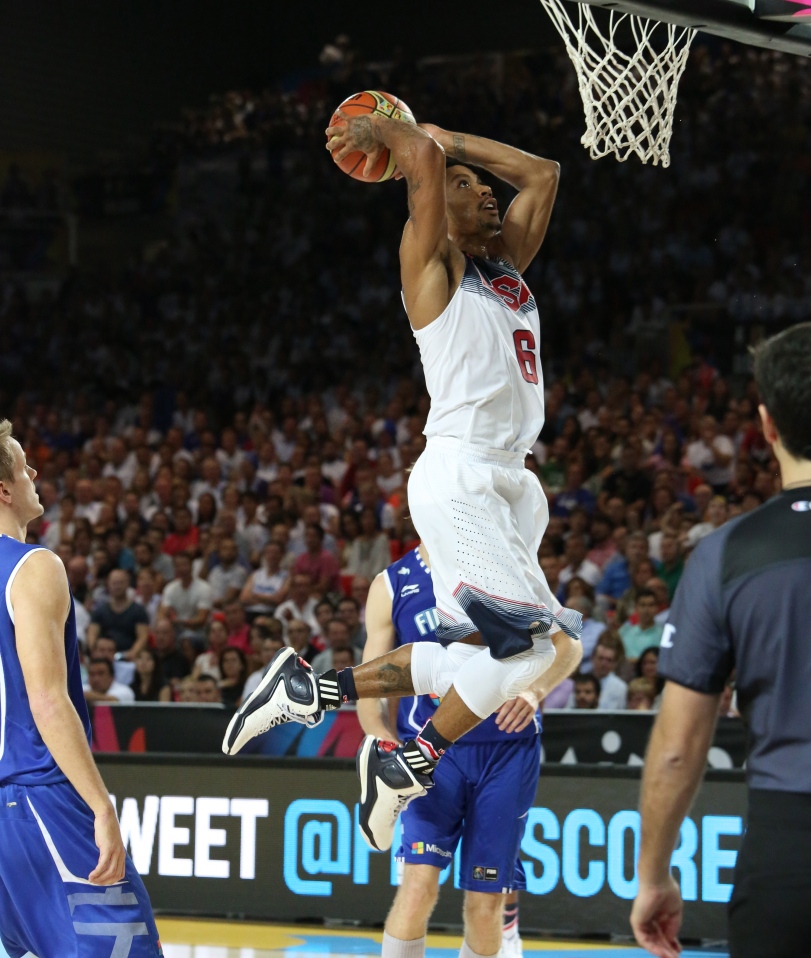 Rudy Gay, who played for USA at the previous world championship in Turkey, added 10.

His former Toronto Raptors teammate DeMar DeRozan, playing in his first FIBA game for USA, scored 5 on 1 of 5 shooting. 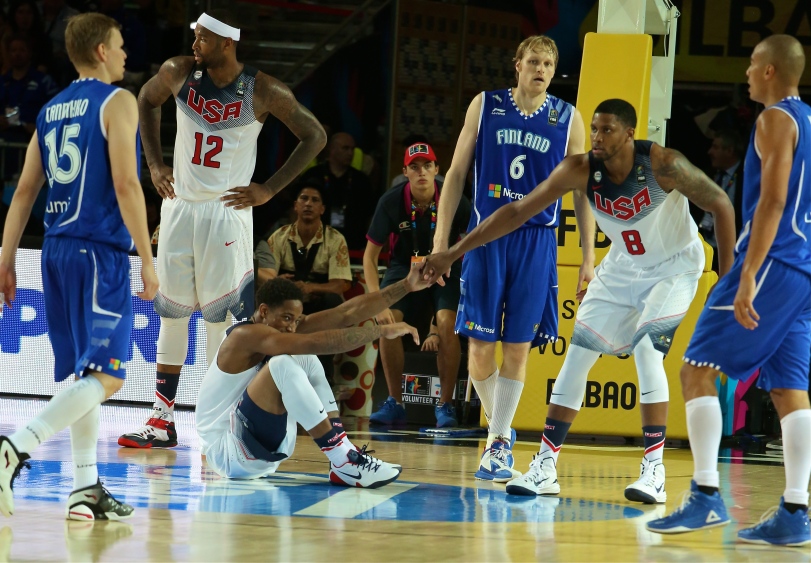 James Harden, who played on the US Olympic gold medal winner in 2012, added 9 points and 4 steals. 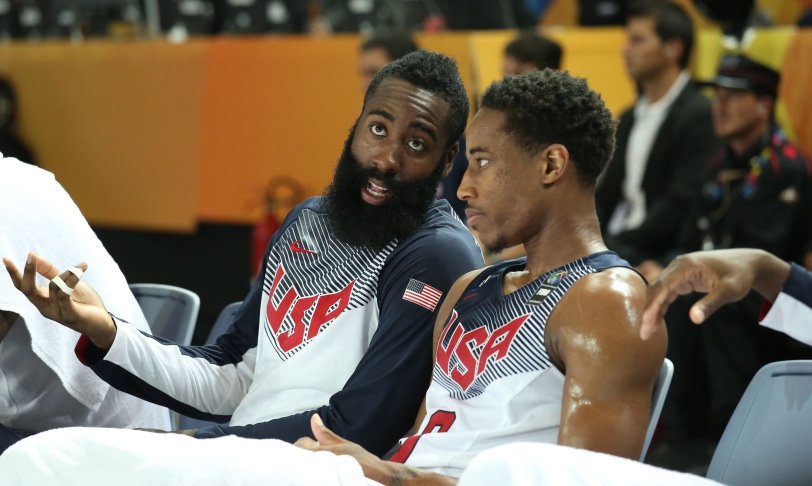 The US scored 50 points after forcing Finland into 31 turnovers.

Kyrie Irving had 3 steals and 9 points. 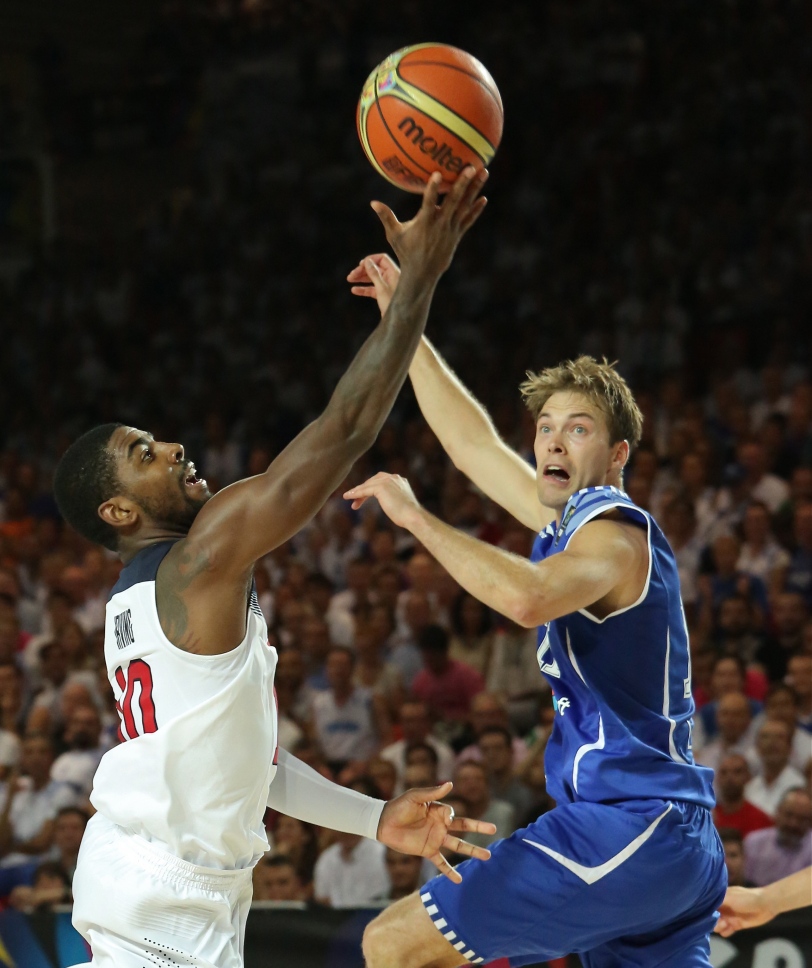 Stephen Curry hit only 1 of 5 shots but dished out 5 assists.

He applauded the Finnish fans, who sold out the game in an hour and cheered on their team in full voice as if it was a tight-game throughout. 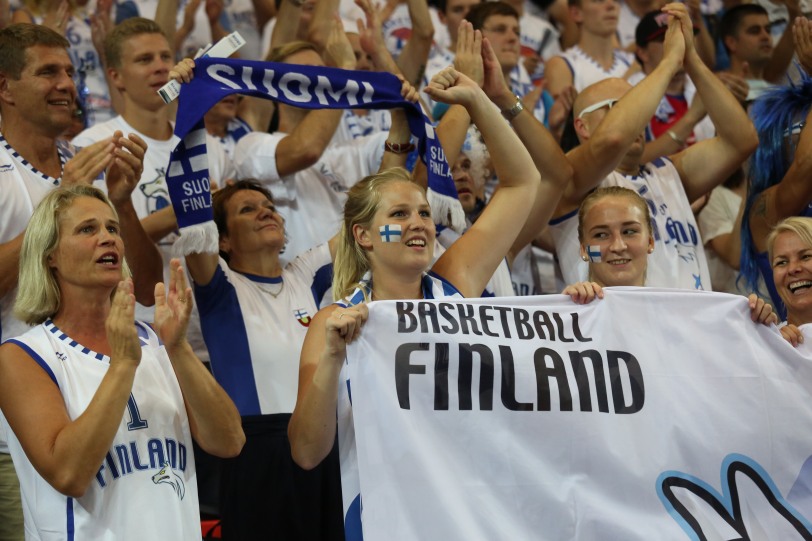 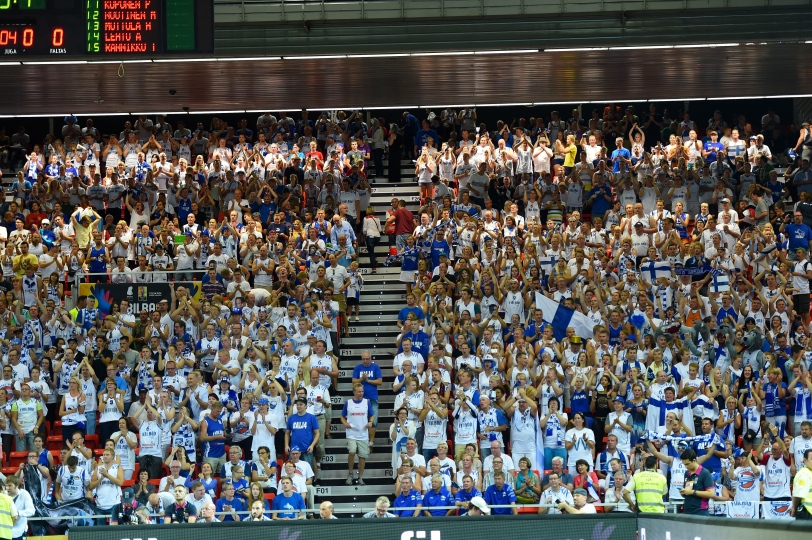 The Finnish players saluted their fans after the game.