As Kobe Bryant’s father Joe once told me about young players: “potential only means that you haven’t done it yet.”

On draft day, NBA managers often have to choose between potential and achievement. Potential, a by-product of media hype, means you do well at combines and look good on highlight reels, which show your best and hide your worst. Achievement means you beat stiff competition at the NCAA or FIBA level. You proved that you have the right stuff — killer instinct, guts, leadership under pressure. Your overall game has won over naysayers and stood up to intense media scrutiny over a number of years. You survived a weeding out process, and now you’re ready for the next level, the NBA.

Yet many managers prefer potential over achievement. Cleveland gambled on choosing Andrew Wiggins number one, despite the slow start of last year’s top pick Anthony Bennett, also from Canada. The Canadian connection of Wiggins, Bennett and Tristan Thompson, drafted 1, 1 and 4 in recent years, could blow up in Cleveland’s face; you can imagine signs saying “Blame Canada”. They could also become all-stars and playoff heroes, but so far, it’s more a story of potential than achievement.

The NBA draft, before the tapping of Kobe Bryant and LeBron James out of high school, used to be about rewarding achievement. Michael Jordan hit the winning shot for North Carolina at the NCAA finals, and went on to become the greatest ever with Chicago. Magic Johnson won the NCAA title for Michigan State, then NBA titles with the Lakers. Their confidence, built upon college achievements, eventually led them to success in the NBA.

At least two guys in the NBA get this. Miami Heat GM Pat Riley says he prefers “mature guys” in their mid-20s over lottery gambles on unproven teens. LeBron James has long admired Shabazz Napier, 23, who led UConn to two NCAA titles. “No way u take another PG in the lottery before Napier,” he tweeted.

The Raptors, choosing 20th, passed over Napier for the unknown, untested Sao Paolo teen Bruno Caboclo. They took potential over achievement, and many fans don’t like it.

Wiggins has been on the radar since at least age 13. Yet Wiggins, known as a great guy in all respects, doesn’t have a championship on his resume yet. Even playing with 3rd pick Joel Embiid from Cameroon, Wiggins didn’t win big in his only NCAA tournament, and he didn’t even play in the FIBA under-19 last year. Neither did 2nd pick Jabari Parker. Wiggins, Parker and Embiid all have potential, but haven’t proven that they can lead teams to championships on an international level.

This is why Aaron Gordon, Marcus Smart and Elfrid Payton are solid picks at 4, 6 and 10. Smart, a bulldog point guard and lockdown defender, was the floor leader for Team USA as they blew away competition at the FIBA under-19 title in Prague last year. If a guy can lead a talent-studded team like that, he can lead at the NBA level as well.

Orlando, drafting Gordon 4th and then trading for Payton, selected 10th by Philadelphia, are getting two of the most dynamic young athletes in the game. Gordon, MVP in Prague, is simply spectacular. Never mind if he’s still developing his outside shot. He can rebound, block shots, defend any position, run the break and jump out of the building. He could have been the top pick in other years. Anybody who watched him in Prague saw “NBA All-Star” and “Slam Dunk Competition Winner”. It was hype based on achievement. 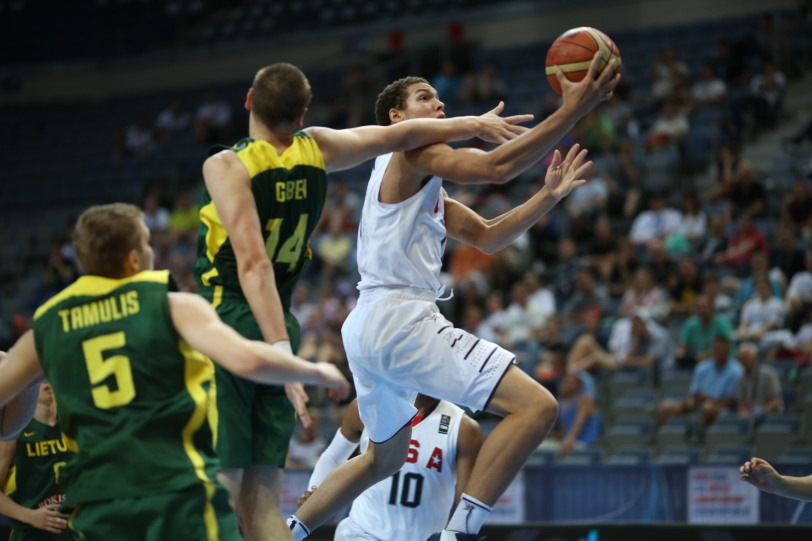 Payton also needs to work on his shooting and ball-handling, but ask players in Prague about his defense and leaping ability. With Payton, Gordon and Smart ball-hawking on USA’s relentless full-court press, teams could barely get the ball over half-court, and the unsung Payton turned steals into stunning dunks.

Scouts, who used to rely on NCAA action, are increasingly paying attention to FIBA junior tournaments. Dante Exum didn’t even play US college ball, but scouts saw him take Australia deep at Prague, and he went 5th to Utah. 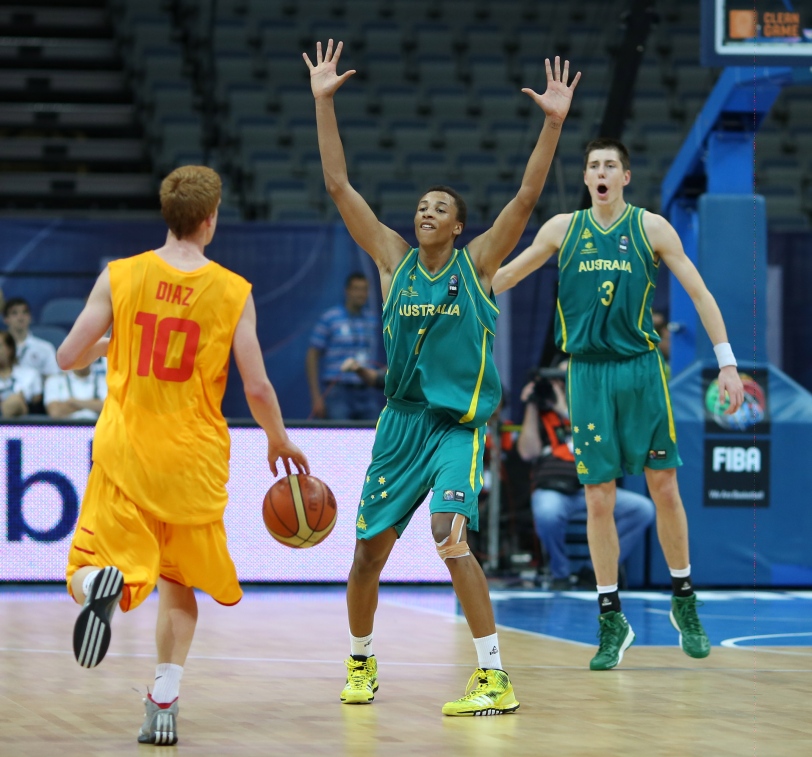 Dario Saric has signed to play two years in Turkey, but his all-around play — scoring, passing, rebounding — with Croatia in Prague landed him number 12 with Orlando, who then traded his rights to Philadelphia in the deal for Payton.

Silky smooth guard Tyler Ennis from Toronto and Syracuse made a name for himself with his composure, crafty play and big scoring outbursts in Prague for a Canada team without Wiggins or Nik Stauskas, selected 8th by Sacramento. 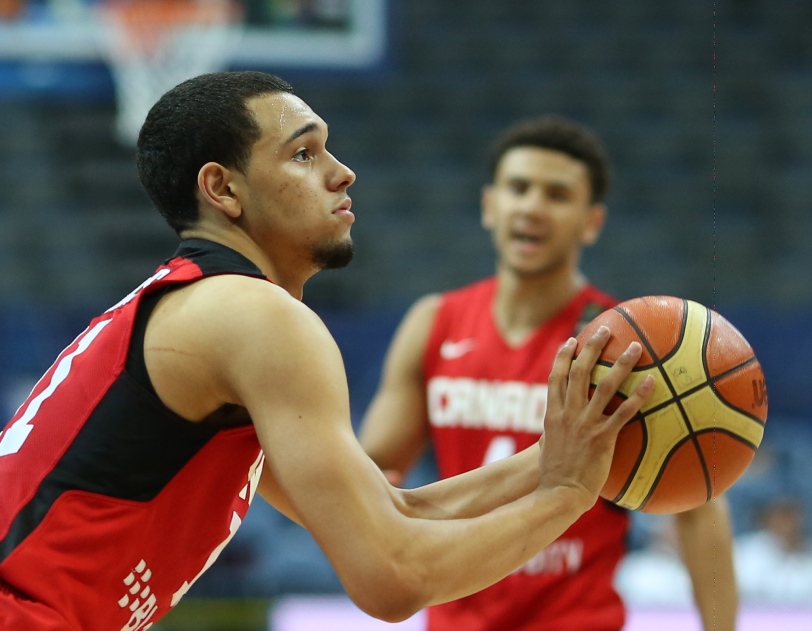 Stauskas skipped Prague but did help Canada win bronze at the FIBA under-16 in Argentina. He once made 70 of 76 threes in 5 minutes on a video. He played in the NCAA finals in his first year, and was named All-American in his second. He also has ancestry from Lithuania, a hotbed of FIBA sharp-shooters.

As the world’s best come to Spain for the FIBA World Cup in September, scouts will be looking for more future NBA talent there. Why? Because if you have what it takes to win at the FIBA level, you can probably win at the NBA level as well.