The prisoners who escaped and returned to Leyte jail near Tacloban 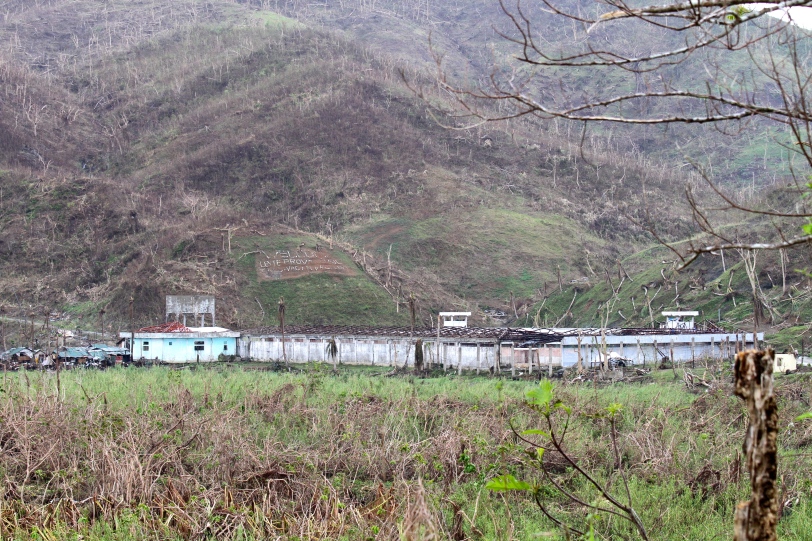 — by Christopher Johnson, all rights reserved —-

During one of the worst storms in history, Edwin Cornejo, 33 and his brother Roger, 34 sat in Leyte Provincial Jail in a remote inland area outside Tacloban, Philippines wondering what to do.

The other prisoners were anxious for the storm to blow the roof off and give them a chance to escape through the swamp and the dirt road over the hills to their families by the coast. They were also scared that a storm surge, which they understood as a “tsunami”, might drown them in their cells.

But the Cornejo brothers, charged with allegedly stabbing to death Filimon Arconis ten years ago, were considered “trusted inmates” who were stuck in jail — like most of the other suspects — enduring a lengthy court process. “We didn’t want to ruin our good reputations with the wardens,” says Edwin, interviewed moments after he returned to the prison in late November.

They decided that one would stay behind in the prison, while the other escaped to help their family.

The storm blew the roof off, giving the prisoners the chance to climb up bars and onto the top of the building, says Judito Cornejo Banas, the guard who was overseeing prisoners during the Nov. 8 storm.

The prisoners then jumped into a swamp about 5 meters below. While prison officials wouldn’t confirm any casualties, some locals said they heard that prisoners died in the swamp.

All but 20 of the 588 detainees escaped, says Banas. “The roof was blown away. The prisoners flew away also,” says Banas. “They were afraid of the high tide of water. They wanted to find their families and see if they were OK.”

The next day, some detainees had relatives drive them by motorcycle back to the prison.

In the three weeks after the storm, 306 prisoners returned, and 262 remain at large, he says.

To round up escaped prisoners, the wardens organized a “recovery team” using motorcycles and police trucks. 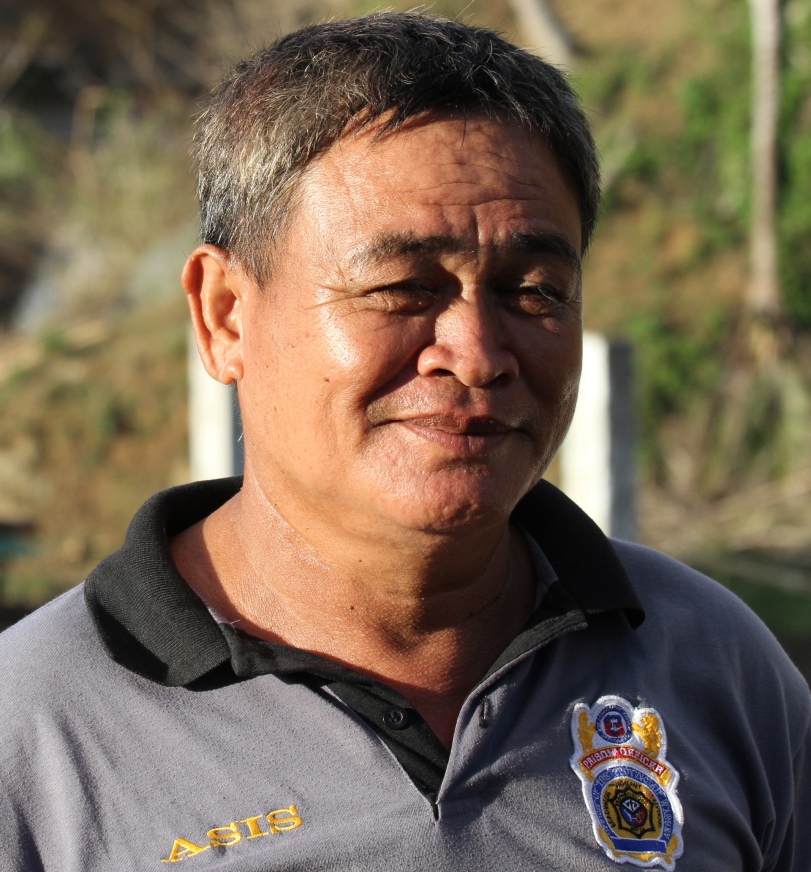 Edwin didn’t return for three weeks. He says he got from the swamp on Nov. 8 to a dirt road and walked up and down the hill for about two hours to reach his family home in Tanauan, a devastated coastal area with more than 1000 dead and missing. He could barely recognize his former neighborhood. His house had been washed away without a trace. He found his three children and his parents staying in an evacuation shelter with other survivors, and he spent three weeks helping them get food and water before voluntarily returning to the prison.

Edwin says he was afraid he might be killed. “There were looters and criminals causing trouble. I felt that my life was in danger outside the prison. I’m innocent, so I decided to return and wait for my court case. If I run away and don’t surrender, then they will think I’m guilty.”” 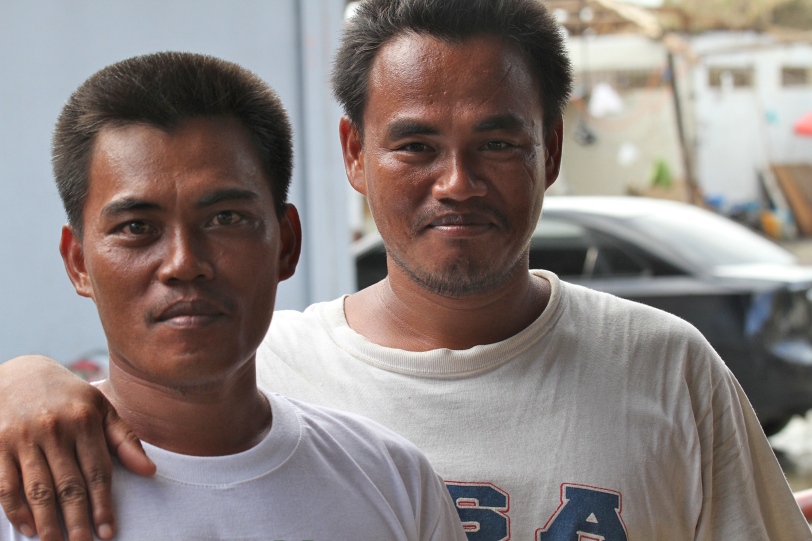 Roger says he stayed behind to uphold is reputation as a trusted inmate. “I was afraid of the storm and I wanted to run away. But I was also afraid to leave, because I wanted to keep a good reputation here. I was trusted to take care of other prisoners here, so I decided to stay and not run away.”

Banas and the other prison officials say that the Cornejo brothers are good guys who are caught in bureaucratic tangles along with many other suspects.

The prison staff welcomed a reporter, who showed up unannounced one afternoon, to look around the prison compound. Security seemed unusually lax for a prison, and the wardens enjoyed their company around a table. 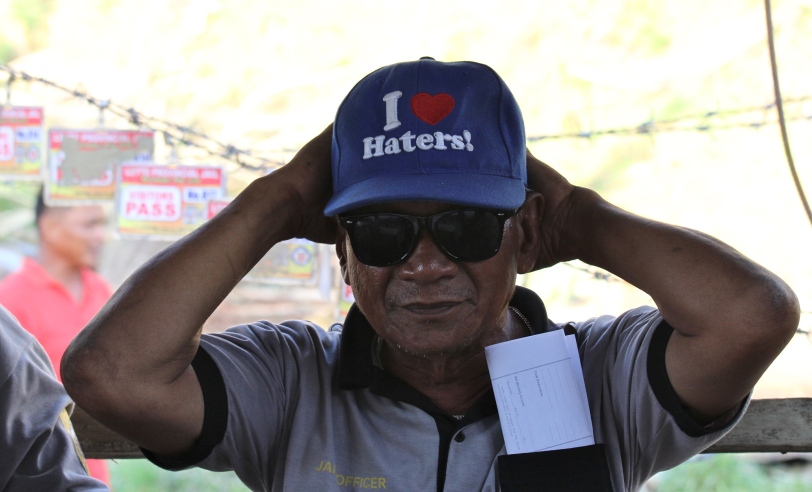 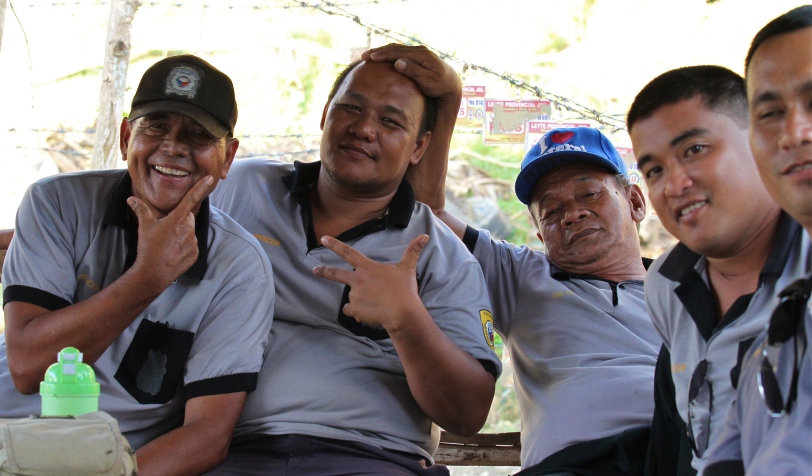 The Cornejo brothers and others could have easily fled through open gates if they want. They could also use shirts or blankets to help them over barbed wire fences. Instead, they went about their work in the compound.

The prison officials gave them a large pig to slaughter. 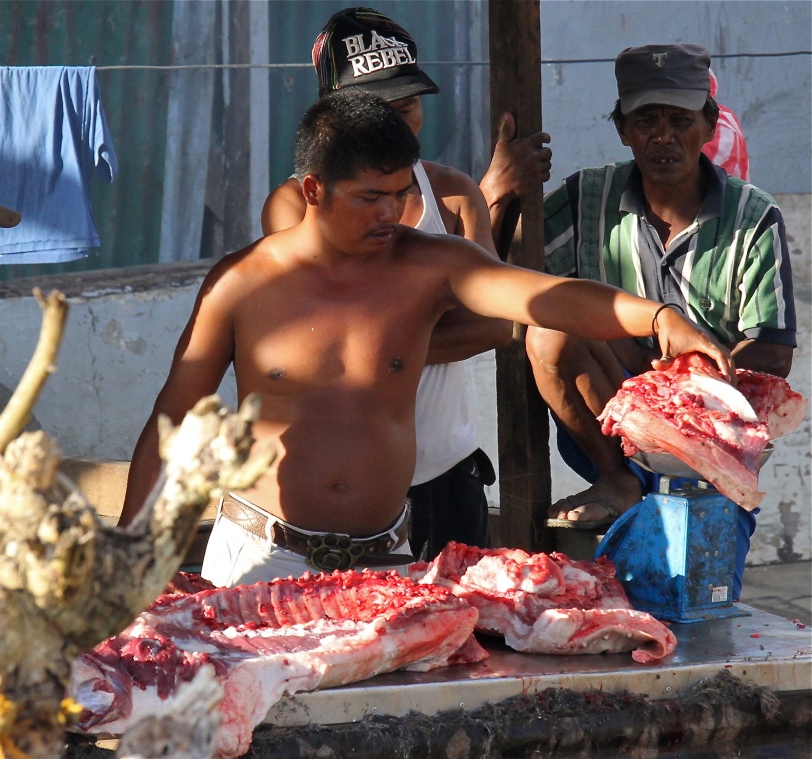 They also allowed their family members, including women and children, to stay with them during the  recovery process, since many had no homes by the coast. 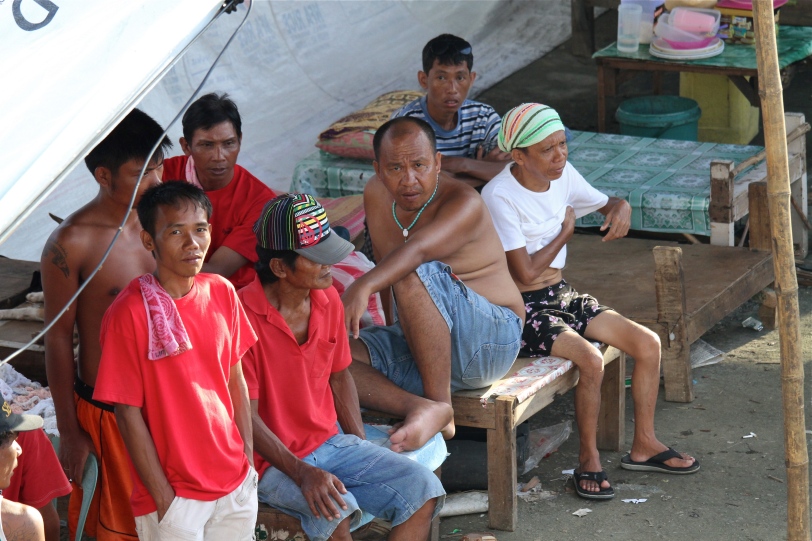 Many of the prisoners waved and smiled at this reporter. 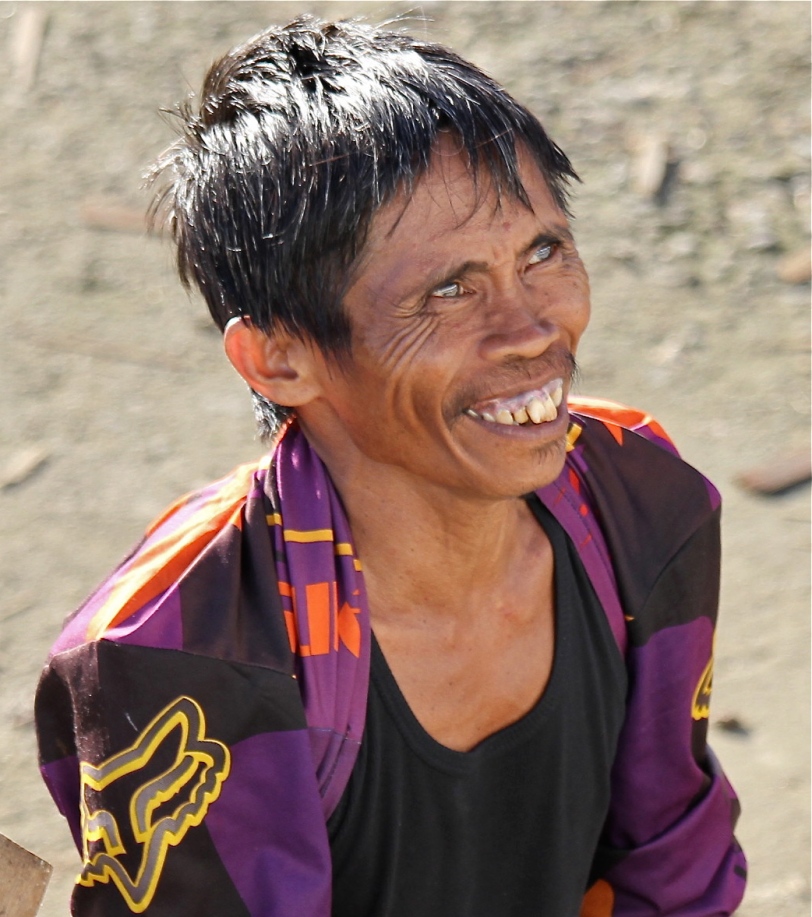 Others seem dejected to be in jail. 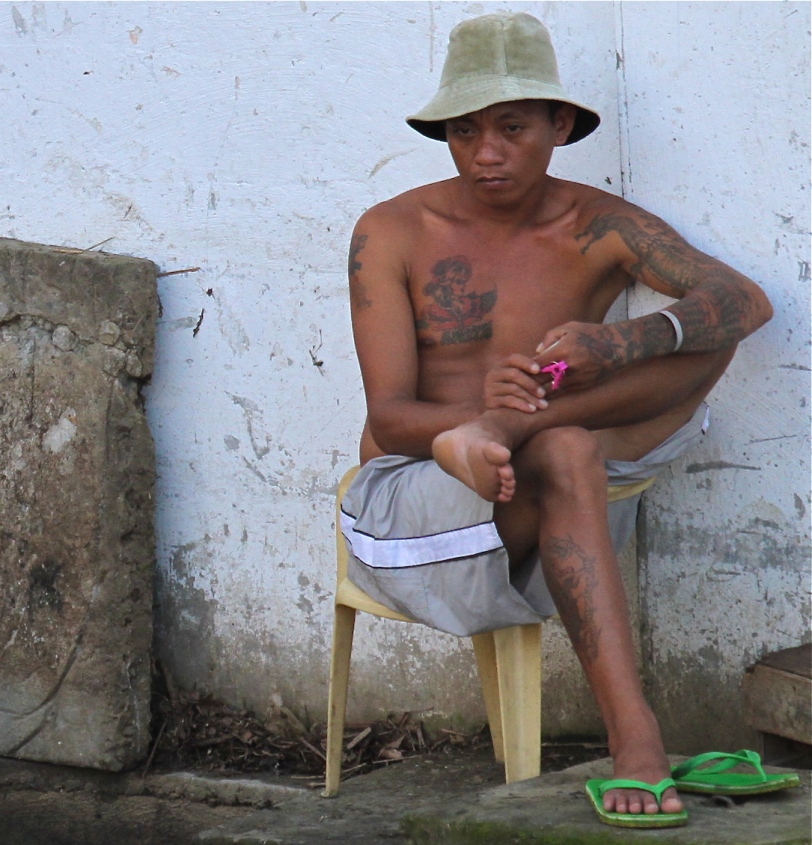 Their clothes were drying on lines, and some of them were working to reconstruct their prison. 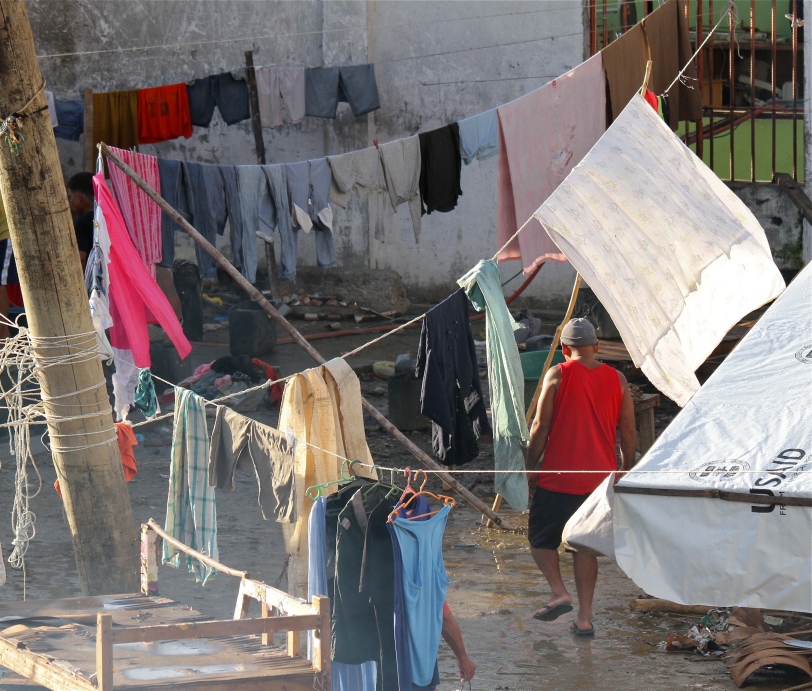 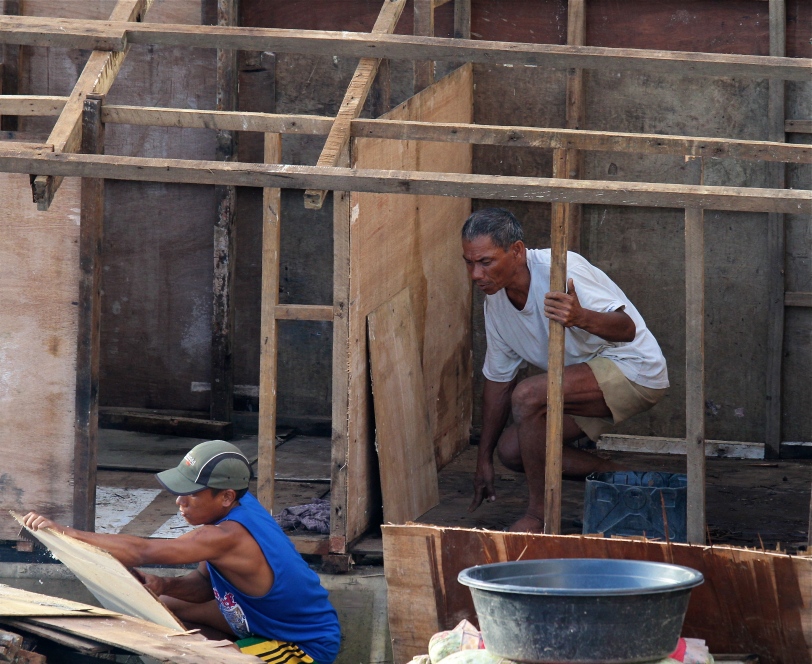 Banas says that most prisoners want to stay there because they at least have safety from looters and a stable supply of food and water. “They might not have freedom here, but at least they have food and water. That is more than many people in the area right now.” 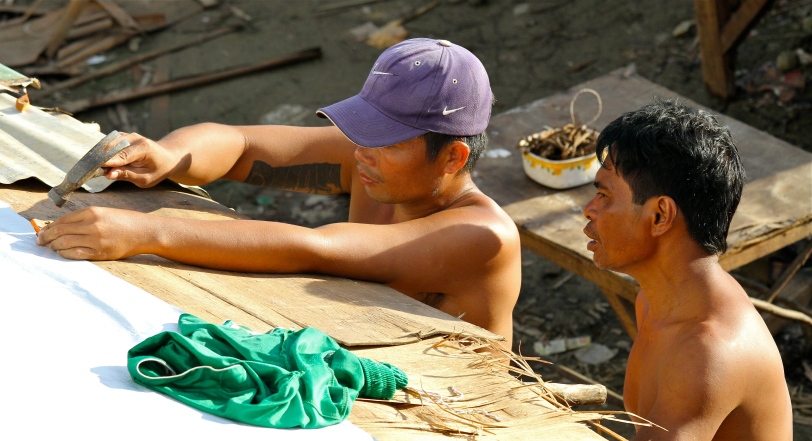