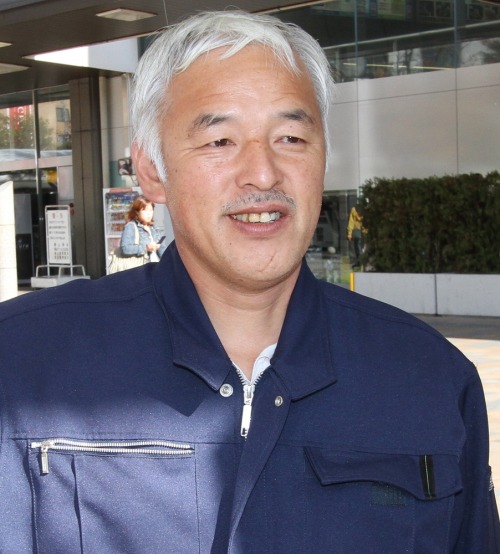 NEAR MIHARU VILLAGE, FUKUSHIMA, JAPAN — Naoto Matsumura claims to be the only man still living within a 12-mile radius of the worst nuclear meltdown since Chernobyl.

He lit a cigarette in a bitter wind near the edge of the forbidden zone around Fukushima’s crippled nuclear reactors.

“I would become sick if I stopped smoking,” he said.

Mr. Matsumura, 52, said he smokes a pack a day because he has a lot of worries. Scientists recently calculated that explosions at three reactors about eight miles from his backyard spewed 168 times the radiation of the atomic bombings of Hiroshima and Nagasaki at the end of World War II.

The nuclear accident is the worst since the one that crippled a reactor in Chernobyl in Ukraine in 1986.

Living without electricity or enough money to fill his generators with gas, Mr. Matsumura wonders whether his neighbor’s supply of charcoal will keep him warm enough through the frigid northern winter, where temperatures can plummet below zero.

“They need help from humans,” he said in an interview in a rice field about 25 miles due west of the ongoing meltdown at the nuclear power plant.

“My supplies to feed them will be gone by the end of December. They need food, and buildings for shelter from the winter. I’m the only one taking care of everything. The government should do it, but I’m doing it.”

From an ancestral line of samurai warriors, he was raised by a “spartan” father to work hard and think for himself. A life-long farmer, he has been alone since separating from his wife 10 years ago. His adult children, 23 and 21, live in Saitama province in suburban Tokyo.

When they called him after the March nuclear explosions, Mr. Matsumura said, he told them, “Don’t worry. If the whole world dies from this nuclear disaster, I’m still not going to die. I’m not going to leave here.”

He views himself as a maverick in a toxic desert, hunted by an invisible enemy called “radioactivity” eating away at living things now and into the future.

After sundown, he is surrounded by miles of total darkness, devoid of human movement. He has no TV or Internet, only a mobile phone that quickly loses its charge. He stokes up a charcoal fire, tucks into a futon and goes to sleep by 7 p.m., haunted by nightmares of what is happening inside his body.

He wakes with the rising sun, eats another can of food and takes his dogs for a 20-minute walk among barren fields. He spends daylight hours cleaning grave sites and tending animals withering around him, while cows and pigs set free by their fleeing owners in March fend for themselves.

He blames the Tokyo Electric Power Co., which owns the nuclear power plants, for “killing” his 100-year-old aunt, who died from exhaustion after being moved from several hospitals between Tomioka and finally Aizu-Wakamatsu in western Fukushima province.

“Many people died like that because of Tepco. It’s a terrible company. They have more power than the national parliament because they control the supply of electricity, and they have power over the media through advertising,” he said.

Though Mr. Matsumura, who doesn’t have a Geiger counter, thinks that radiation levels are decreasing, he said it is not safe for former residents to return to Tomioka. He said children should not eat rice from eastern Fukushima province, though he has been eating it himself.

On a Sunday afternoon this month, an ambulance suddenly showed up at his door.

“I was a bit unnerved that they came into my house, and I don’t know who sent them,” he said. “They checked my body and my health, but they didn’t find anything bad in particular. I am not bored or depressed, because I’m used to being alone. My own doctor says I’m a ‘champion of radiation.’ “

He gets most passionate talking about animals and nuclear power.

“The whole world should stop using this bad form of energy,” he said. “Anything we build with our hands can break someday.”

He said that Tomioka, like other towns in the forbidden zone, will disappear unless drastic action is taken immediately.

“Only senior citizens are saying they want to move back, not the younger people,” he said.

“Eventually, in 20 years, all these elders will pass away, and there won’t be any younger generation to maintain the circle of life. Nobody will be left.”