The United States continues to soar at the FIBA World Cup in Spain, winning their 58th straight game with a 106-71 victory over Dominican Republic in Bilbao.

The US had 69 percent of their points in the paint, and got 56 off the bench. They scored 22 points in a row in the second half.

Kenneth Faried led the US with 16 points on 8-11 shooting and six rebounds. 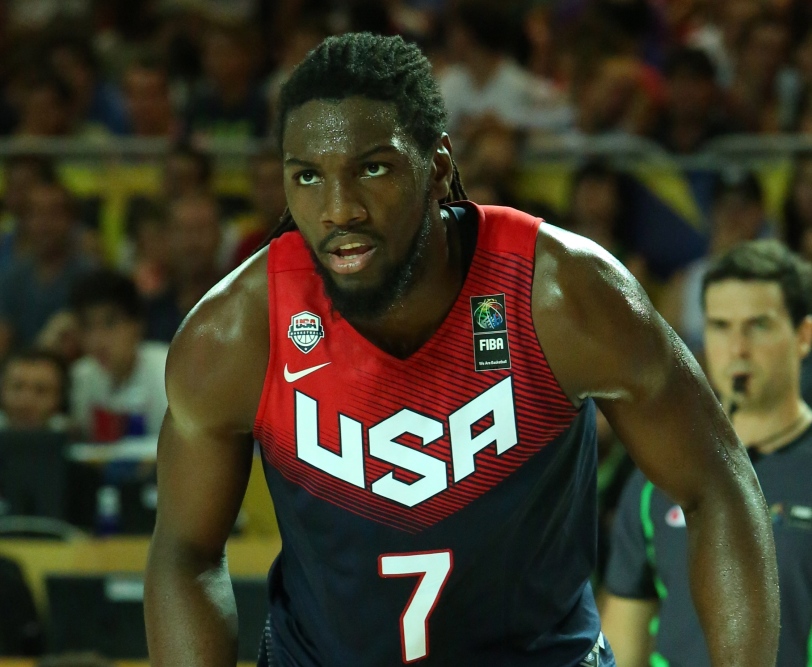 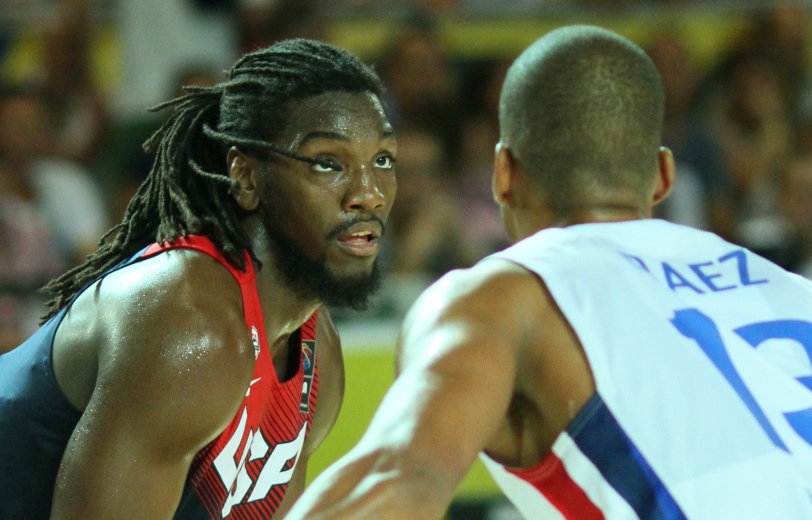 Anthony Davis, 10 points, had 5 blocked shots and disrupted others.

“We started off with a sluggish night,” said US forward DeMarcus Cousins, who had a break-out game with 13 points, 5 rebounds and 6 steals. “We picked up energy in the second. It’s been a tendency of ours to start a game like this. We have to get back to playing defense like we did the first couple of games we played. We definitely have to pick up the pace.”

The Dominican Republic played without their injured star Francisco Garcia.

Coach K said his team came out flat. “We missed 3 lay-ups, 5 free throws. They were short-handed. You don’t want to pile it on, but you don’t have the edge you normally have.”

Rudy Gay energized the US in the second quarter and had 9 points, 5 assists, 4 rebounds, 2 steals and 2 blocked shots. 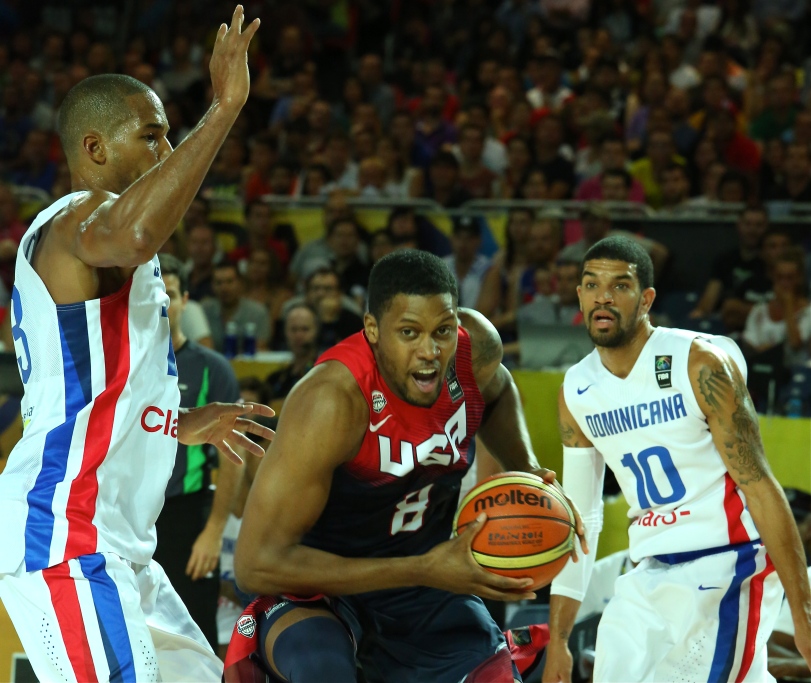 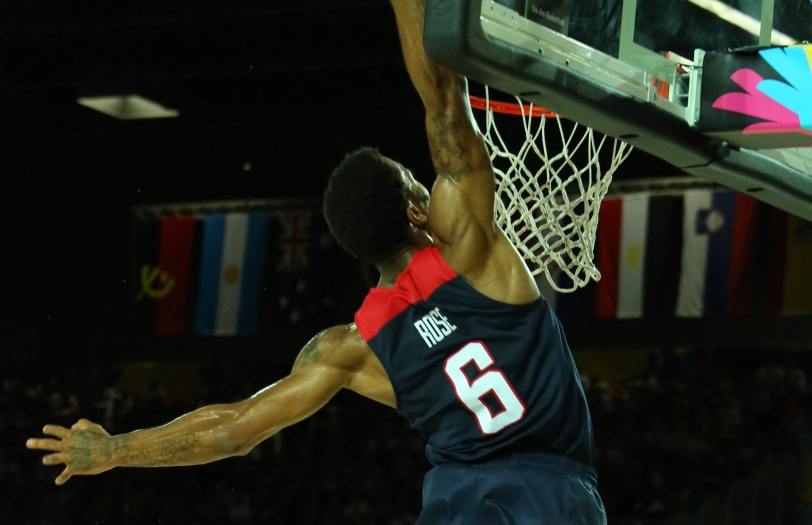 Klay Thompson and Stephen Curry had 8 points each.

DeMar DeRozan had his best game with USA, scoring 11, stealing 3 and throwing down a windmill dunk in traffic. 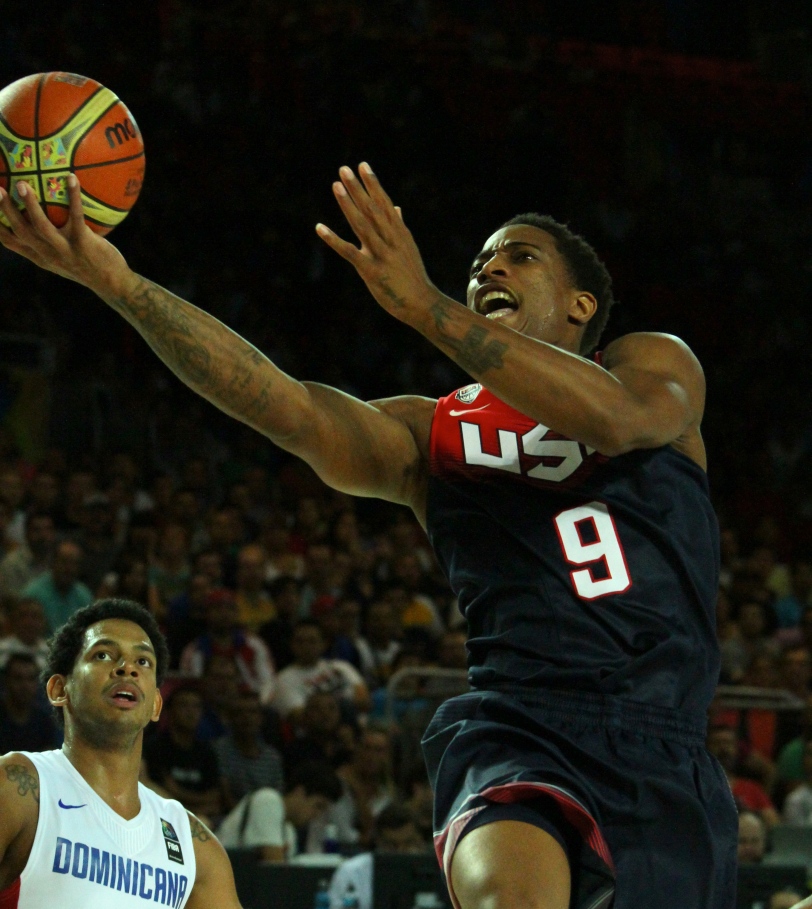 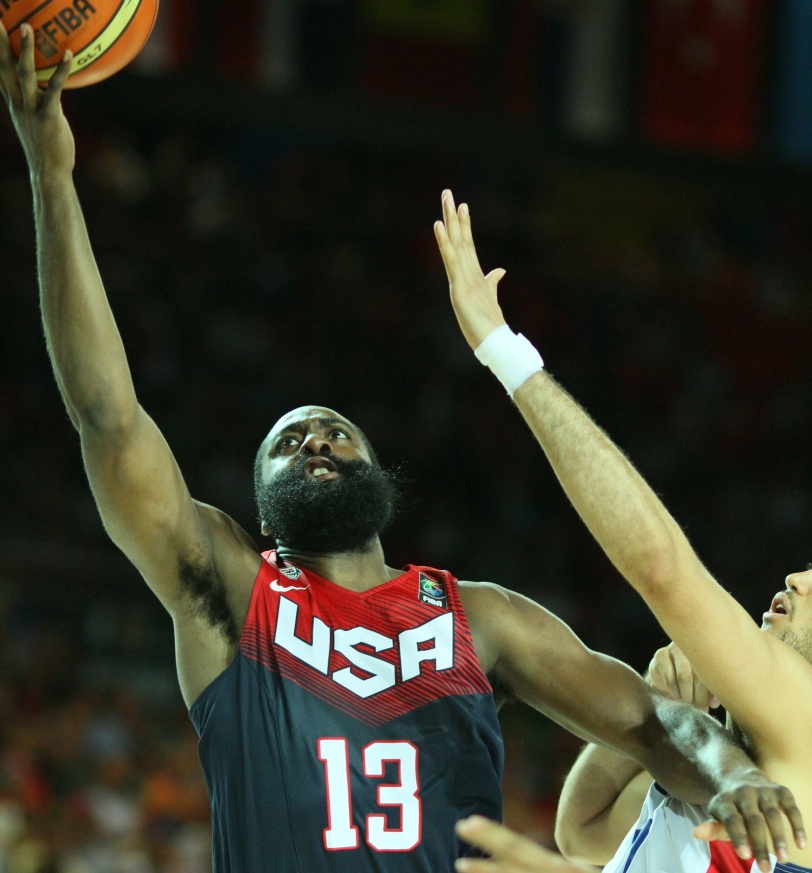 “They played a lot of zone. We were a little more patient tonight,” said US Coach Mike Krzyzewski. “The last two games, we’ve looked more into the post. It’s good.”

Cousins said the team has a good chemistry. “It’s a huge honour,” Cousins said about being selected to the team. “Not everyday you get to represent your country. This is a once in a lifetime thing. You’re playing with some of the best basketball players in the world. It’s extremely fun. It makes your job easy. You have to put your game aside to make another guy better. You can see it on the guys faces, on the bench. Everybody is happy, cheering for one another. That’s what we need as a team.”