–New Zealand players meant no disrespect when they aped and stuck their tongues out at USA before their third game at the FIBA World Cup in Bilbao. 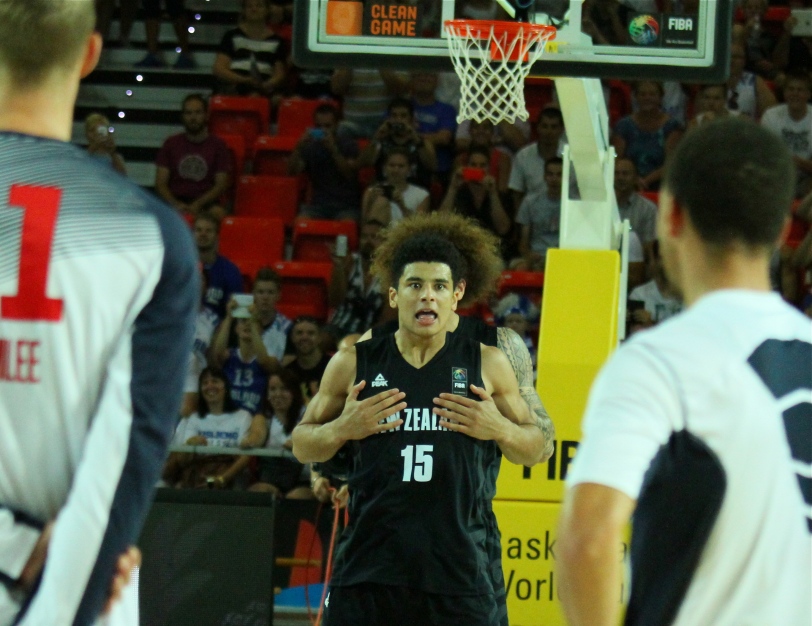 They were doing “the Haka”, a traditional Maori war dance challenge made famous by the nation’s legendary All-Blacks rugby team. 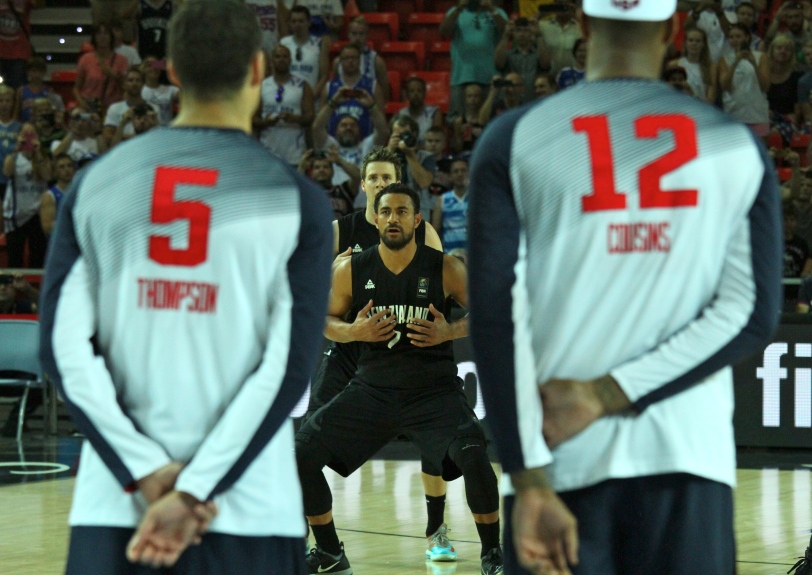 But the US has a “war dance” of their own. 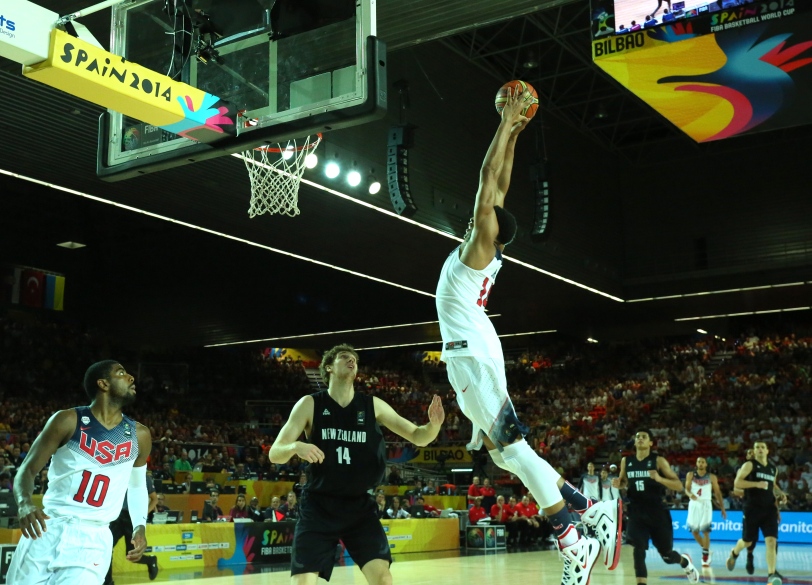 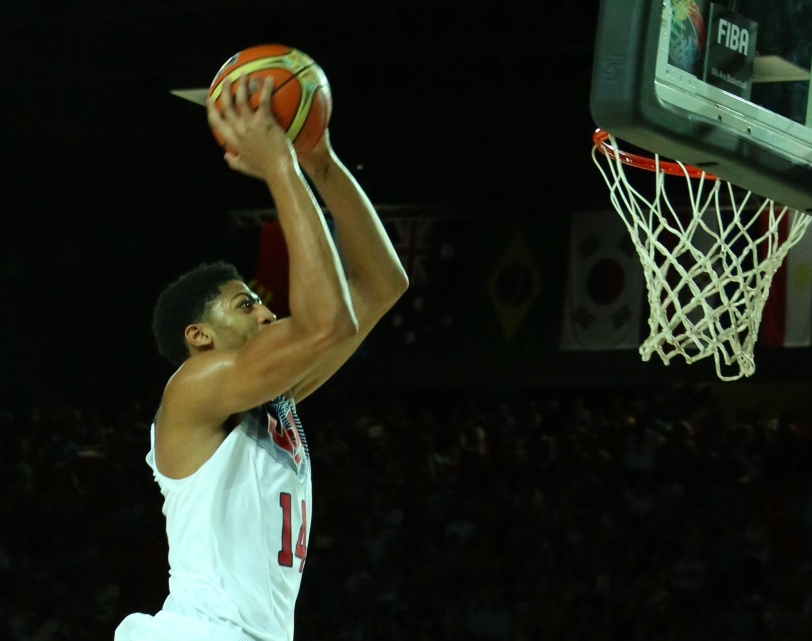 To New Zealand’s delight, there were a few rugby scrums.

After leading a competitive first quarter 27-20, the US scored 12 in a row to lead 57-35 at the half and cruised in the second half.

New Zealand hecklers called out “US-B, US-B”, but if this USA team is indeed the so-called “B-team”, they made the Kiwis look like the “D-team”.

Anthony Davis led the US with 21 points, including thundering lob dunks. 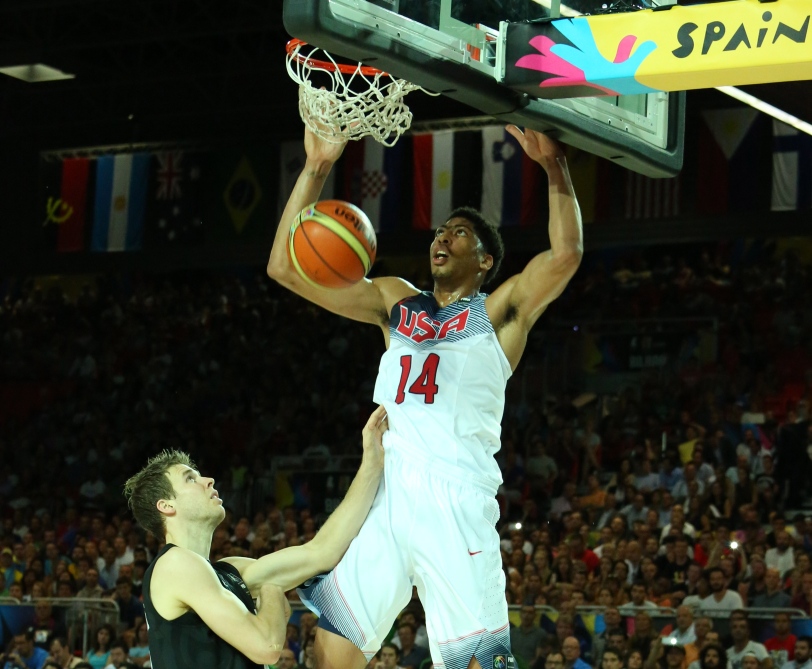 Kenneth Faried continued to shine, hustling his way to 15 points and 11 rebounds, and altering several shots.

The US outshot New Zealand 68 to 40 percent from the field. New Zealand had only one player in double figures, BJ Anthony, with 11. The US defense held sharpshooter Kirk Penny to 6 points on 3 of 9 shooting. 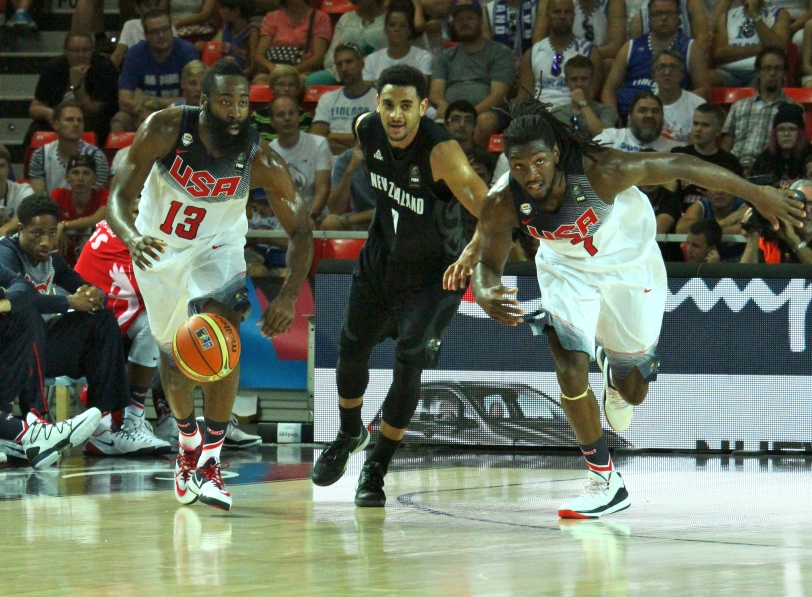 Stephen Curry regained sharpness and scored 12 on 4 of 7 shooting.

Kyrie Irving had 10, giving the US six players in double figures. 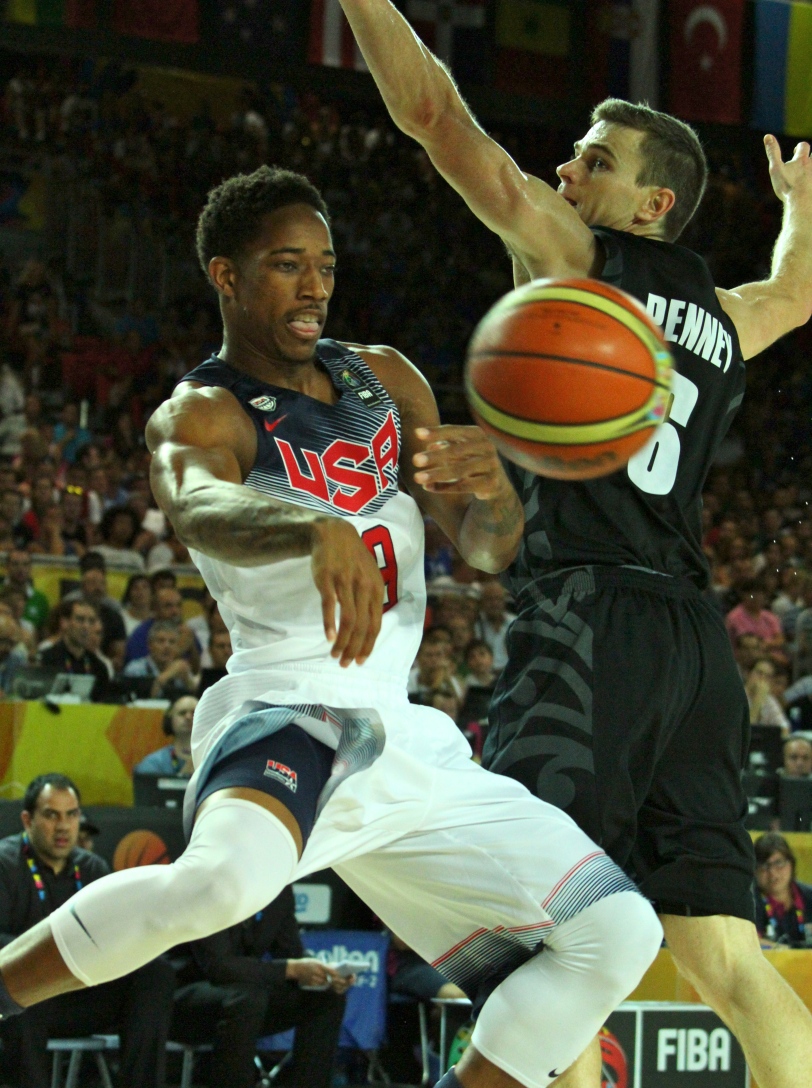 Mason Plumlee chipped in with 3 rebounds, as the US outboarded New Zealand 48 to 33. 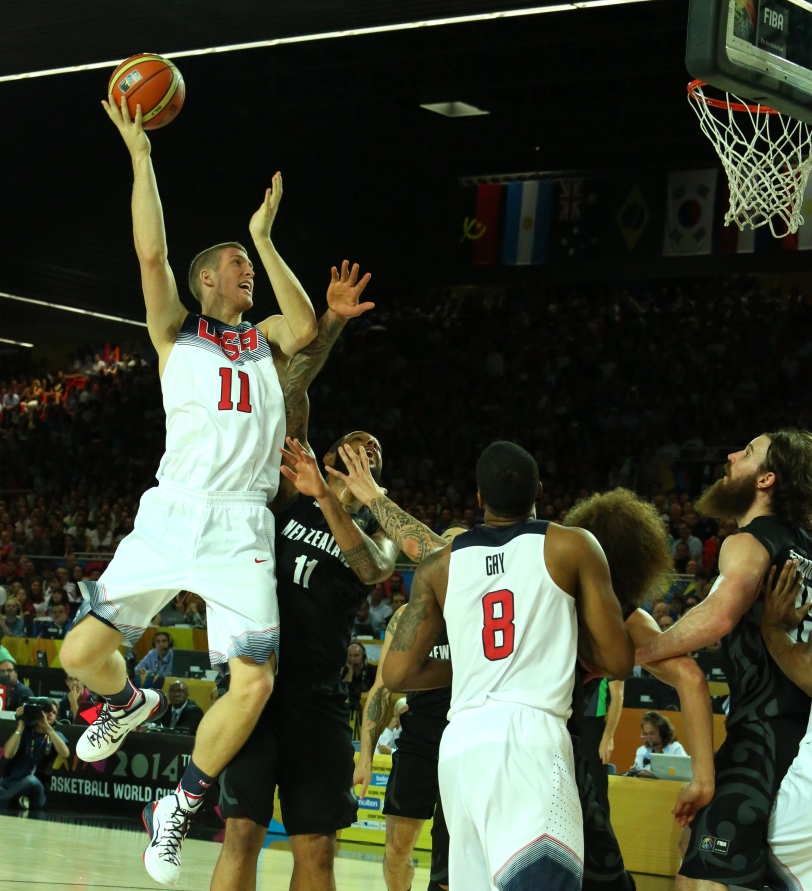 The US next plays the Dominican Republic and the Ukraine.

Team USA have now won 57 games in a row. 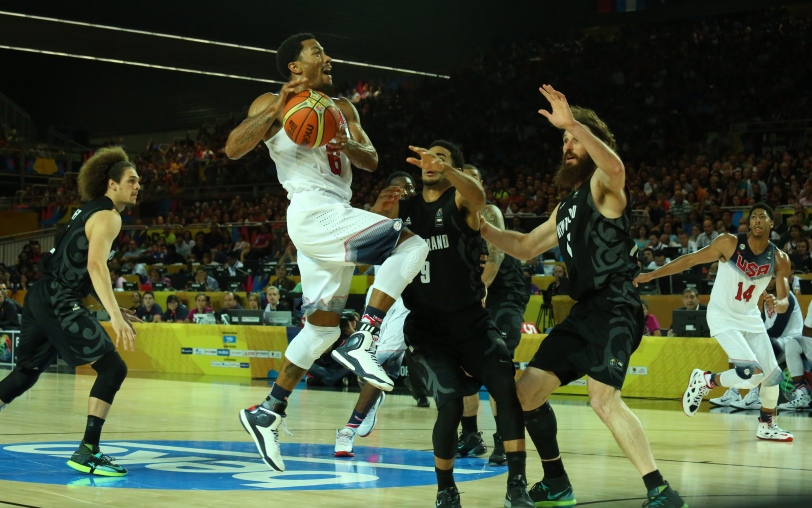