“Ek”, a ticket seller at a Surat Thani bus station, was ebullient after his fellow southern Thais sabotaged Sunday’s election, keeping millions from casting ballots, especially in nine southern provinces that had no candidates or open polling stations. 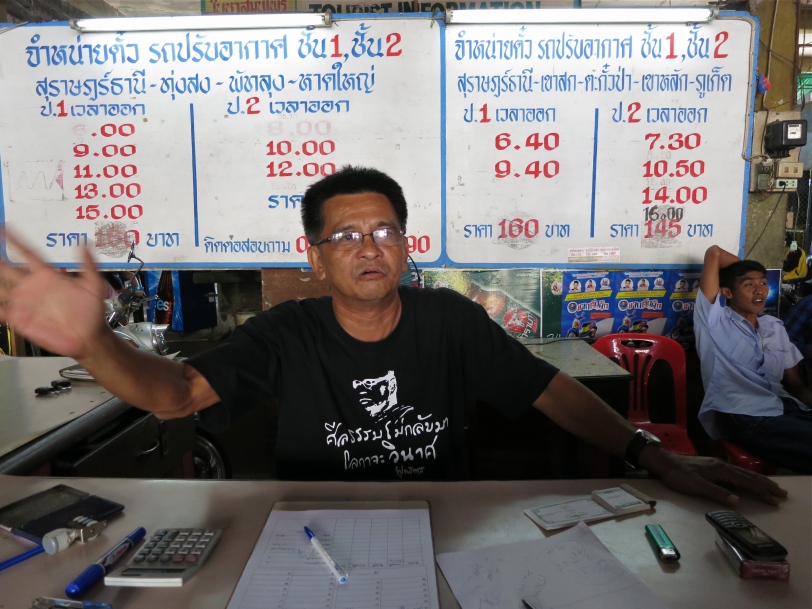 Like “Ek”, several people interviewed in the southern provinces of Surat Thani, Krabi and Phang-nga over the past two weeks say they believe their controversial tactics — occupying intersections, locking government offices, blocking distribution centers for ballot materials — are working and justified.

They say their desperation is rooted in economics, not only two decades of losing elections to more populous northerners. While Prime Minister Yingluck Shinawatra’s administration fixed rice prices above market levels to sway northern farmers loyal to her Pheua Thai Party, the price of rubber — a main agricultural product for southern Thailand’s 8.7 million people — has fallen in half the past three years. 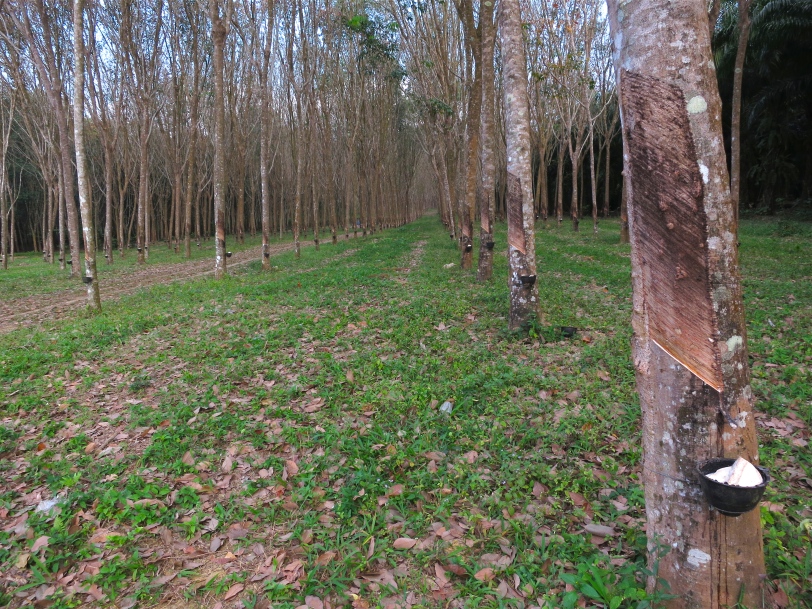 Prices for gas and propane tanks meanwhile have doubled, and food items such as crabs, shrimp and lemons have risen threefold.

“Everything is too expensive now,” says “Boy”, a food-seller near boats going to Koh Samui and Koh Pha Ngan, site of famous full moon parties. “Prices are going up up up. Our business is going down down down.”

Protest leaders in Bangkok, meanwhile, say they will keep pressuring Yingluck to resign. They want to install an unelected “reform council” to purge the influences of her billionaire brother Thaksin Shinawatra, self-exiled in Dubai to evade a corruption conviction which he says was politicized to rob him of assets and power.

Despite large protests after a failed amnesty bill in November, Yingluck says she won’t step down. Thaksin’s parties have won every election since 2001.

While some reports suggest smaller crowds at protest sites, diehard supporters of anti-government campaigner Suthep Thaugsuban, who hails from Surat Thani, say they have the momentum.

Bangkok media reports, citing election officials, suggest Sunday’s voter turnout was 46 percent nationwide, not including cancelled voting in 9 southern provinces. Turnout nationwide was 75 percent in 2011. Last Sunday, only 733,000 (about 16 percent) of 4.3 million registered voters in Bangkok cast ballots. Many government’s strongholds in northern Thailand saw less than 55 percent, while Chiang Mai had the highest at 75 percent. More than 2.4 million people spoiled their ballots, and another 3.3 million wrote “no vote” nationwide.

Election Commission officials said they won’t release totals and declare winners until by-elections in coming weeks. The opposition Democrat Party, which hasn’t won an election since 1992, on Tuesday asked the Constitutional Court to annul the snap election, as the court did after Thaksin’s party won the 2006 election.

Many observers blame the Democrat Party and its allies for disrupting the election process in the first place, and plotting behind the scenes to overthrow the government by military coup or judicial procedures. Editorials in the New York Times, Wall Street Journal and Financial Times have joined a large number of Thais and expatriates who condemned protesters for disenfranchising an estimated 300,000 voters in Bangkok and many others further south.

Supagong Songmuang, a tractor operator in Surat Thani, says foreigners — and many pro-government Thais — misunderstand their movement’s goals. “They say we hate democracy, but we want more pure democracy. We need to clean our house first, then we can have a real election. Thaksin and Yingluck wanted this election to legitimize their crooked rule, but we refused to play their game. We won’t give them the legitimacy they seek.”

Working in northeastern Thailand recently, Songmuang claims he saw first-hand how Thaksin’s operatives paid poor villagers 500 baht each to vote for them, and also gave each village more than one million baht in advance. “It’s vote-buying. That’s how Thaksin wins. He can’t do that here in the South, because we’re educated and won’t sell our future for 500 baht. But the northern poor need the money, and they are scared to say no. If they take the money but don’t vote for Thaksin’s men, the police and local officials will punish them.”

“Boy”, who sells somtan salad and BBQ seafood with his wife at their Thai-style mobile food stall attached to a motorcycle, says civil disobediance is mainly about injustice and rising prices.

“Thaksin only has two years (for corruption). He can go to jail, serve time, come out and start a new life. Same as me.”

Born into poverty in rural Surat Thani, Boy says he was sentenced to eight years for stabbing a man to death after a gang attacked him during a brawl outside a Surat Thani disco. After four years, King Bhumibol Adulyadej set him free amid a wave of royal pardons. “I love the King. I did some bad things, but the King gave me another chance.” 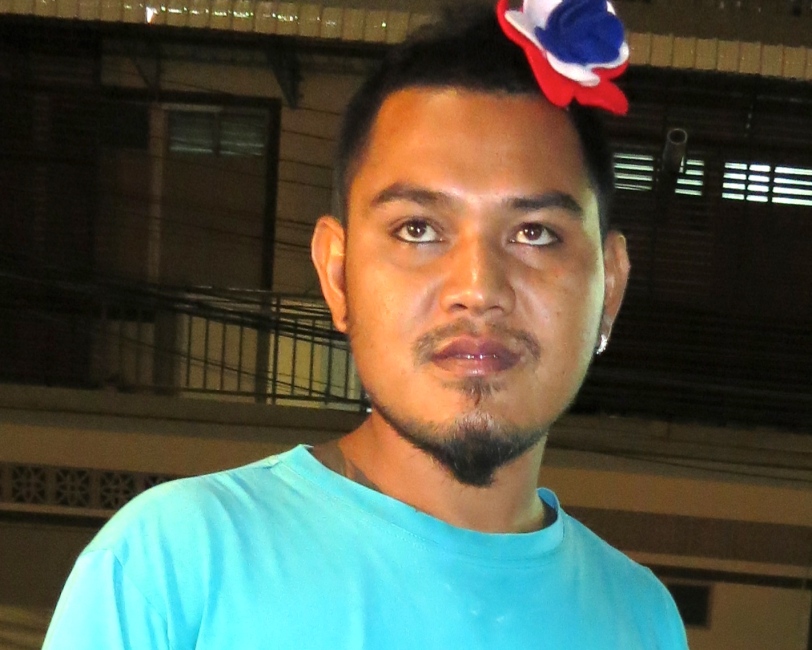 Boy, who wears Thai colors on his head, says police loyal to Police Lt. Col. Thaksin sometimes try to fine him 2000 baht on grounds of not wearing a helmet. “I tell them I love the King. Sometimes they go away, sometimes they don’t. Maybe the police love Thaksin more than the King but they cannot say that.”

He says he can barely get by these days amid high operating costs. “Thaksin, Yingluck and their friends are getting rich from rising fuel prices. They make our propane more expensive in order to pay off what they owe to rice farmers,” he says. “They are rich people. They don’t understand how rising food costs affect poor people like us. Thaksin is a smart man, but he is a cheater.”

He says the political divide in Thailand is also misunderstood as a fight between rich and poor. He says poor people in southern Thailand despise Thaksin, while the northern poor are desperate for the money he gives or promises them. “The northern farmers work very hard. Some don’t have TVs. Some don’t know what’s really going on. Some are using wood to make fires, not propane gas like us. So they don’t feel the same effect of rising fuel prices.”

He and others also point to the alleged mishandling of Muslim separatism in southern Thailand along the Malaysian border which became a violent insurgency with more than 1400 dead under the command of Thaksin, who was born into a wealthy Chinese-Thai family in northern Chiang Mai. In November 2004, at least seven protesters were shot dead in Tak Bai, and soldiers beat others and allegedly piled them into sealed vehicles. After a five-hour drive, 78 protesters were found dead by suffocation or organ collapse.

While regretting the deaths, Thaksin said military personnel did nothing wrong, and the men died “because they were already weak from fasting during the month of Ramadan.”

Rights groups say more than 5000 have died (including at least 150 teachers) during the conflict involving 150,000 soldiers and an estimated 3000 to 9000 insurgents demanding an independent Islamic state. 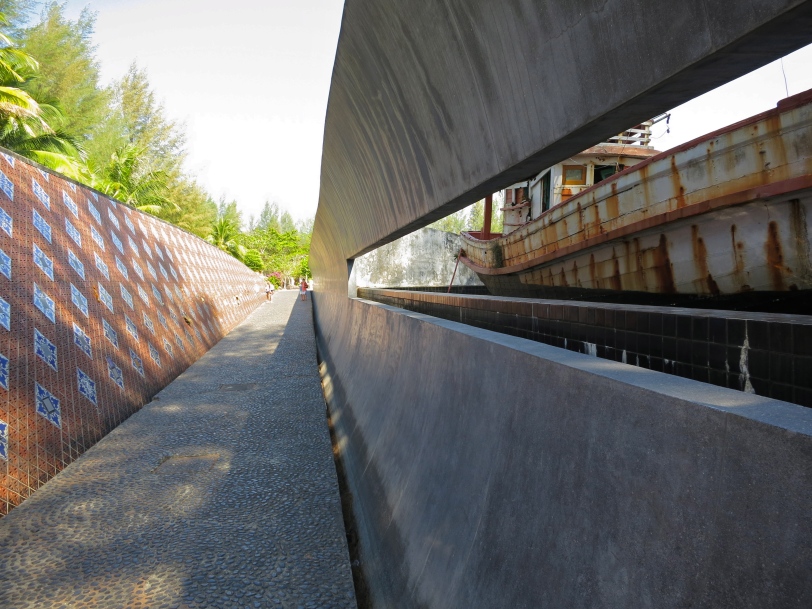 Many also accuse Thaksin and his ministers of failing to warn southern Thailand about the December 26, 2004 tsunami that killed thousands in Krabi, Phuket and Phang-nga provinces more than an hour after the 9.0 earthquake off Sumatra, Indonesia was felt in Bangkok and across Thailand. Though Thaksin and his former wife Pojamarn braved the stench of corpses and threat of diseases in disaster zones, many southern Thais resented seeing posters of Thaksin rivaling the personality cult around their beloved King Bhumibol.

In the one-year anniversary of the tsunami, a small group of foreigners (including this reporter) joined Thaksin’s ceremony in Khao Lak, while thousands of Thais later flocked to a seaside ceremony led by Princess Ubol Ratana, who lost her autistic son Poom Jensen in the tsunami. 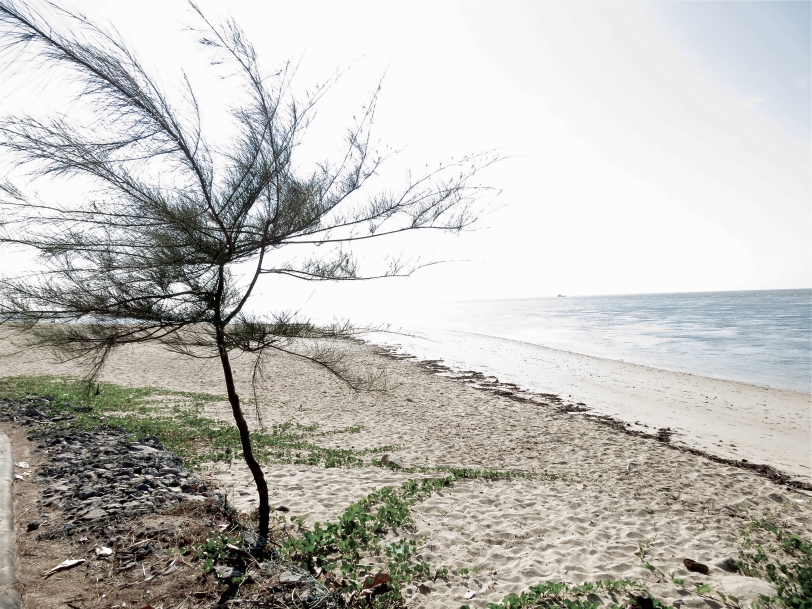