Tanroh Ishida in The Railway Man deals with “Ghosts of War” 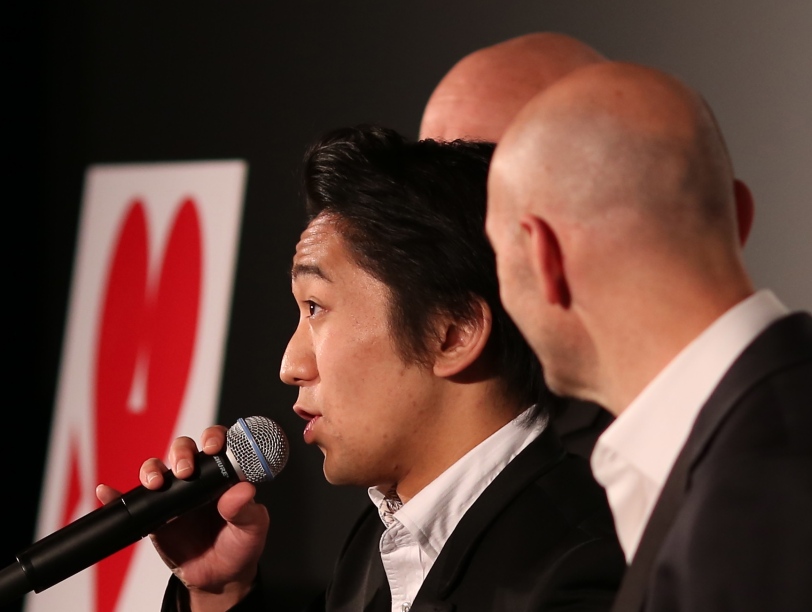 –Words and photos by Christopher Johnson —

After watching his courageous performance in The Railway Man, I wanted to ask upcoming Japanese actor Tanroh Ishida about how he learned to speak English in London for his role as a Japanese soldier and interpreter involved in torturing British POW Eric Lomax.

But Ishida, a young Japanese actor whose father taught him Noh and Kyogen from age 3, was more interested in mining my mind for his next role as a war photographer assigned to the tsunami disaster zone in Japan.

While signing autographs and greeting fans in Tokyo, he stood in a cold blowing rain and tried to understand something from my world.

He wanted to know if I felt anger, rage, isolation, alienation like returning soldiers do, and how I dealt with seeing corpses and respecting the dead. I told him that I don’t see corpses as “dead bodies”, but “someone’s parent or child”. I told him about how my camera can be a kind of shield, detaching me emotionally from the horrors in the viewfinder as I focus on technique and creativity, only to burst into tears days later at home. I told him how war photographers, often misunderstood as “adrenaline junkies”, have to be calm and withdrawn to do their jobs effectively, and the challenges of dealing with colleagues who can’t imagine those frontline experiences. I told him the story of rising 300 meters above a snowy landscape in the open basket of a hot-air balloon in the Hokkaido winter, and not feeling my fear of heights until my batteries froze and cameras stopped working, forcing me to deal with the terrifying reality around me.

Ishida was trying to absorb not only my stories but something of my soul — the mark of a true actor, it seems. 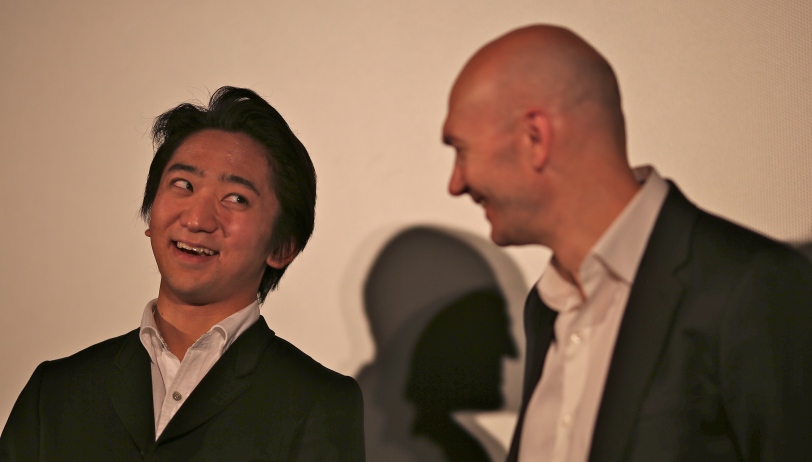 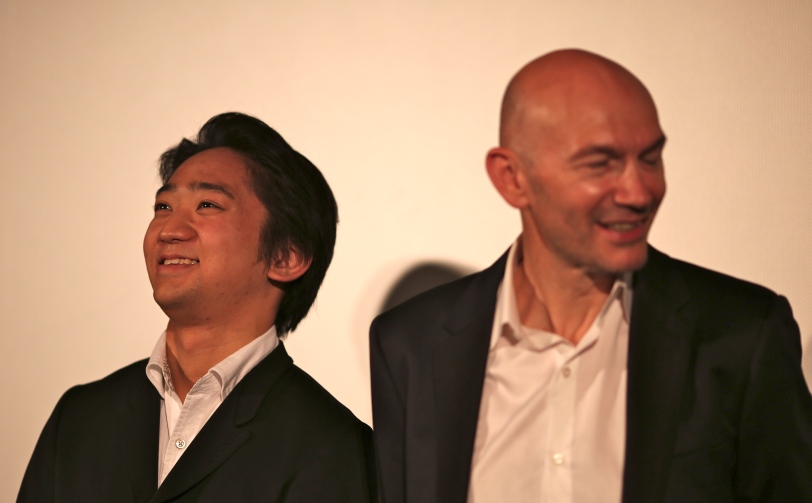 Trained since age 3 by his actor father in techniques of Noh and Kyogen, Ishida moved to London at age 15 to study at the Guildhall School of Music and Drama. He has performed at Shakespeare’s Globe in London, Carnegie Hall in New York, and theatres in Japan.

His role in The Railway Man would challenge any actor, especially a bright young Japanese male from a generation not known for dwelling on the past. Ishida plays the younger version of Takashi Nagase, an interpreter in the brutal kempeitai, accused of torturing POWs and local laborers (known as romusha) on the notorious Death Railway of Bridge Over the River Kwai fame. The Railway Man, by contrast, is no musical, and it doesn’t shy away from the darker themes of cruelty, revenge, madness and confrontation.

It’s based on Lomax’s account, in his award-winning 1996 autobiography, of finally meeting Nagase years later in Thailand. Nagase, who would later become a Buddhist priest and finance a Buddhist temple in the area to atone for his actions, also wrote a book called Crosses and Tigers.

Directed by Jonathan Teplitzky, The Railway Man is gripping and disturbing, yet culturally sensitive enough to draw applause from a Japanese audience confronted with hardcore historical reality, perhaps for the first time in some cases. “It’s a remarkable story and hard to believe. If it was a fiction film, you wouldn’t believe it,” Teplitzky told the audience at the Tokyo International Film Festival. “The horrible things only have meaning because of the ending. It’s not a story of revenge but of life. A story of the future, not of hatred and violence.” 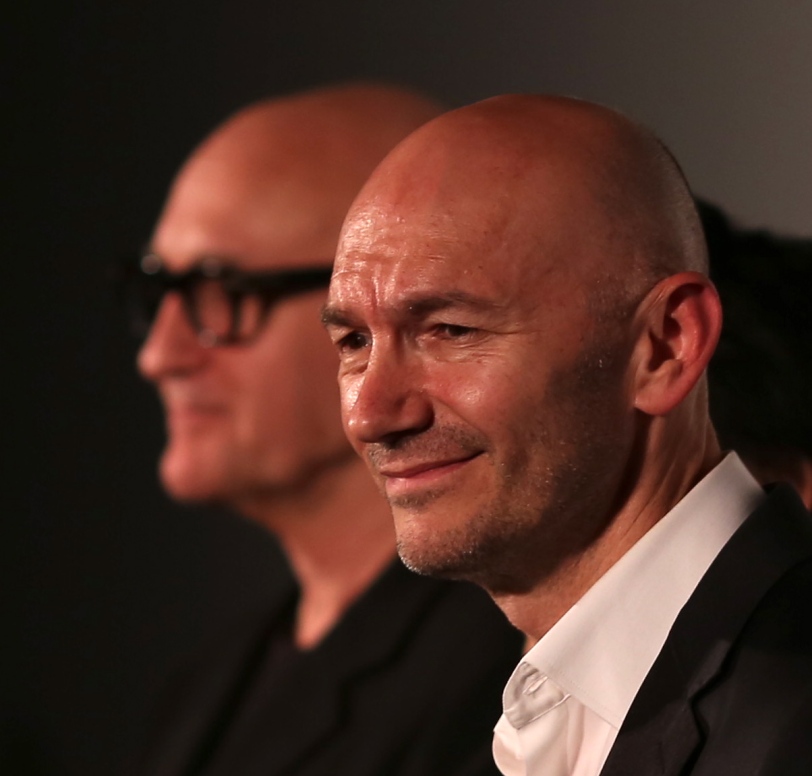 Like the characters, we are forced to deal with “the ghosts of war” haunting men who, after 1945, couldn’t take revenge nor “die of shame” for past atrocities. The tortured and the torturer finally meet decades later at a museum in Kanchanaburi, Thailand. It’s a memorable scene, and their dialogue is powerful and imbued with relevance in contemporary Japan.

“I will not let them forget the tragedy of war,” says an older Takashi Nagase, played by Hiroyuki Sanada, speaking of visitors at the museum.

“You are not tragic. You are a criminal,” says Eric Lomax, portrayed by Colin Firth. “You are an intelligent, educated man, and you did nothing.”

Unable to let go of his revenge, Lomax begins to torture Nagase, locking him in the type of bamboo cage he endured in 1942. Realizing he’s “still at war”, Lomax must choose between revenge or forgiveness, a central theme of the film. 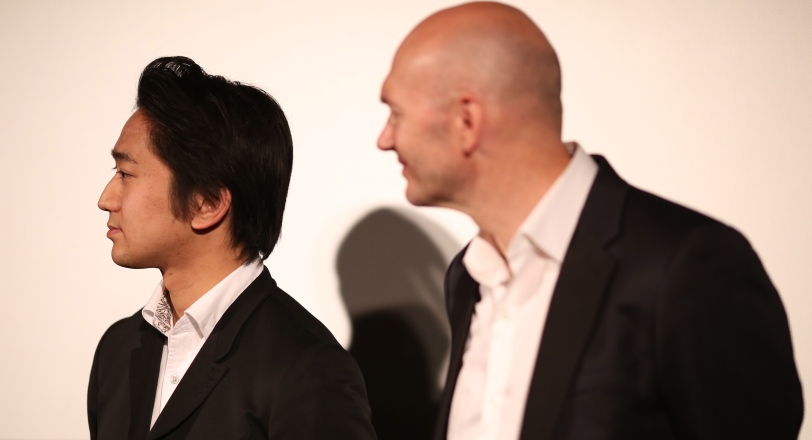 The film moves gracefully between epochs. Though Ishida doesn’t look exactly like Sanada, he convinces us of the vulnerability of young Japanese soldiers, bullied by ruthless superiors. He’s a war-hardened racist and criminal himself, yet with a softer side, recognizable to anyone who lives among sophisticated young Japanese men in Japan or overseas.

“It was a hard job,” Ishida said after the film. “I was trying to portray Mr. Nagase with a range of humanity and characters. So, it’s not just one character, but I wanted to show as many sides as Mr. Nagase as possible. At the end, when the film was made, we had to pick and choose which sides to show. I didn’t get to meet Mr. Nagase because he passed away two years ago. For me it was hard to know who Mr. Nagase really was. I was trying more to portray how it was like to be a soldier at that time. That’s what I mainly focused on.” 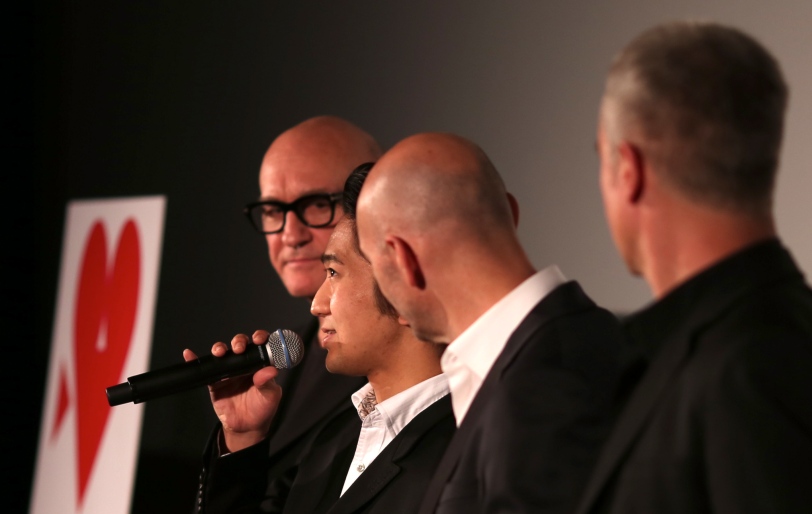 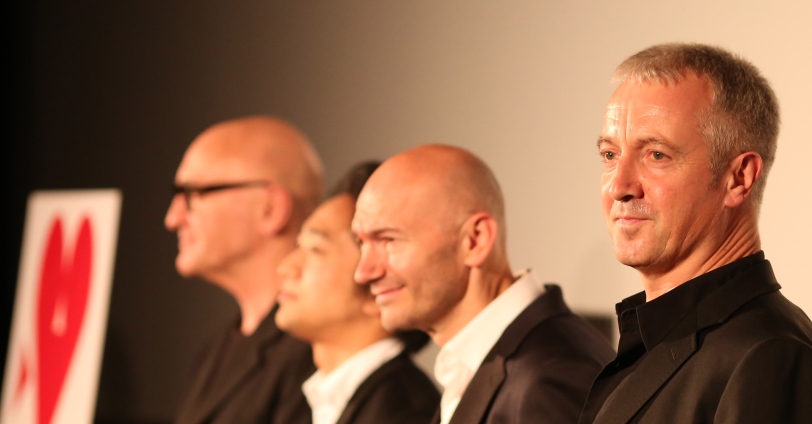 Interviewed at the festival, producer Chris Brown, (in black glasses, far left), thanked the Japanese distributors, Kadokawa, for getting behind the film rather than rejecting it over fears it might offend Japanese sensitivities about history.

He noted the film’s relevance to recent friction involving Japan and its neighbors in China and the Koreas, and also to soldiers dealing with the horrors of ongoing wars. “More US troops die from suicide back home than during the fighting in Afghanistan, because of the damage that war does to people. The only way to come to terms with this is through forgiveness and reconciliation. Of course, it’s easy to say but it’s harder to do.”

He said the film is about a man “who did the impossible. He forgave the torturer.” He said it’s a powerful message worth giving audiences who might feel uncomfortable in digging up the past. “It’s great to be able to shout that out,” he said. “Japanese as a people have changed since I came here years ago. They now have enough time and distance from the war to give them objectivity and detachment. They can watch this movie and see that it’s not about destruction of their culture. It’s about understanding the past, gaining closure and moving forward.” 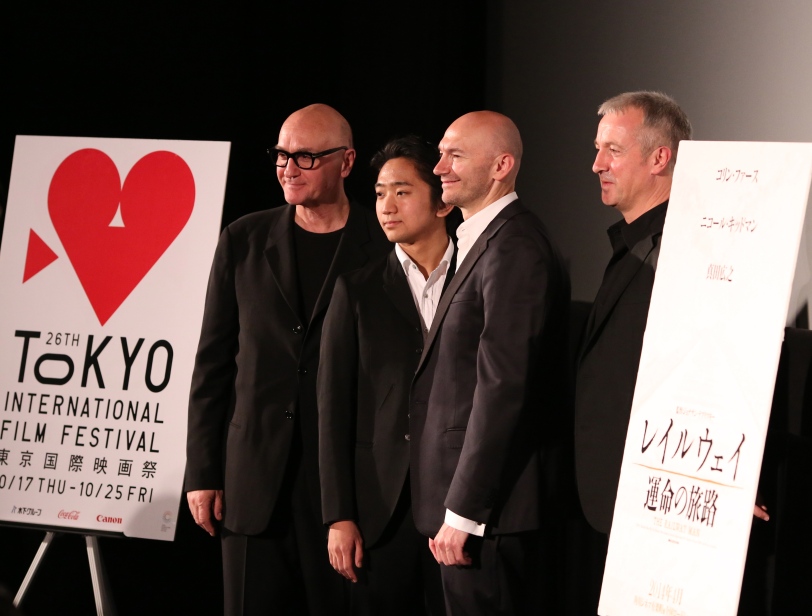