IZMIR, Turkey — Lebanon rallied to beat Canada in their opening game of the FIBA World Basketball Championships. For three quarters, Canada did what their coach wanted; they were aggressive on defense. Then perhaps they got too aggressive. “It’s difficult to win the game when the other team shoots 21 more free throws than you,” said Canada’s coach Leo Rautins, crediting Lebanon’s hustle for that result, rather than directly blaming the referees. “We do foul. That’s been a problem. We’ve been a little too aggressive with the fouls we have. Every game is officiated differently, so we have to be more careful.” The referees called 26 fouls on Canada, compared with 11 on Lebanon, as Canada led most of the way only to lose out to Lebanon’s hustle plays and free throws late in the game in a 81-71 loss. “It was really a hard fought game. We played three solid quarters of basketball, but unfortunately in the fourth quarter the game got away from us,” said Joel Anthony from Montreal, who led Canada with 17 points on 8 of 11 shooting. He also had 3 blocks and several deflections, and held Lebanon’s Jackson Vroman to only 8 points. “Lebanon understood the moment. They were able to make some big plays down the stretch.” From the opening play, the Miami Heat center aid some heavy Canadian wood on the Cedar Trees of Lebanon, muscling Vroman beyond the three-point circle. Dominating the paint, Anthony redirected shots and forced Vroman into difficult fades, off-balance misses, and some mistimed passes. Anthony returned to drape all over Vroman and leave him out of breath in a humid arena. Fired up by his defense, Anthony had 10 points in the half, hitting a
pair of 10-foot jumpers to give Canada a 30-25 lead early in the second, and 37-34 at the half. Canada also got an early boost from the return of shooting guard Andy Rautins, nagged by a knee injury. His 10 points mostly came early before foul trouble.
“Unfortunately the officials had more to do with his playing time than we did,” said his father and coach. “But I thought he played a good game.” Before the game, knowing his son Andy would be risking his knee ahead of an NBA rookie season with New York, coach Rautins was visibly nervous, his face red, and neck muscles twitching. During the warm-ups, Rautins’ number began to fall off his uniform, forcing him to leave the court during Oh Canada, and then play without number 10 on his back. Surprising many who though he wouldn’t play at all, Rautins promptly buried two of his first three-pointers, as the team looked to get him going early. Wearing a black wrap on his left knee, Rautins displayed no sign of injury on a smooth drive, as he led Canada with 8 points in the first quarter.

Despite poor shooting, Lebanon managed to hang close in the first half, thanks to a spree of threes from Matt Frieje, who had 12 points. Overplaying the passing lanes and hunting for backcourt steals from behind, Lebanon forced Canada into turnovers and took them out of offensive rhythm. As the game wore on, Canada was aggressive on defense, but tentative on offense, and made 14 turnovers. With Vroman stifled by Anthony, Lebanon wisely adjusted their offense and relied on their veteran Fadi El Khatib, who scored 31 points including 9 of 11 free throws.

The game pivoted midway through the fourth quarter, as quick whistles gave Lebanon, and El Khatib in particular, a flurry of free throws, and a 63-61 lead. With Canada down 69-64, Anthony’s swooping block spurred Canada, but they missed several shots at the other end. Another dicey call on Toronto’s Jermaine Anderson, who had only 3 points on 1 of 6 shooting, gave Lebanon more charity shots, as they opened a 71-64 lead they never relinquished. Offense made the difference. Lebanon has a well- defined personality built on the shoulders of El Khatib, 31, who is playing in his third world championship. While sharing the ball and the scoring, Canada still seems to lack a clear direction when they need a bucket at key junctures. Facing an almost must-win game tomorrow against Lithuania, who beat New Zealand 74-61, Canada might look to utilize the nice two-game developing between Rautins and Anthony that did emerge earlier in the game. “Canada isn’t through in this tournament,” said Lebanon coach Baldwin. “They are a tough team. They are well coached and they fight hard. We’re sure Canada isn’t dead yet.” 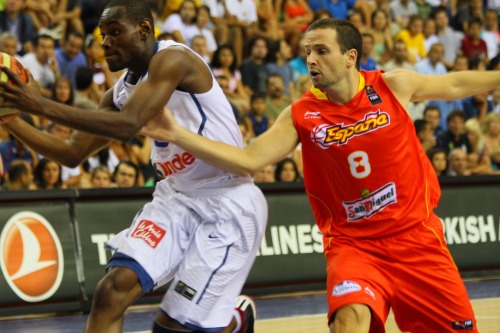 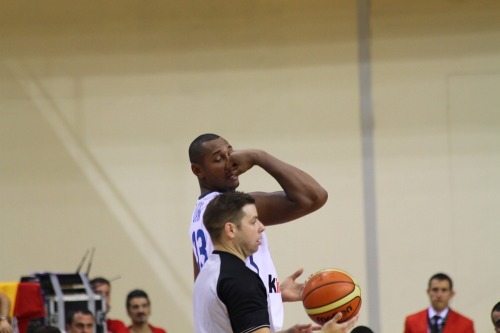 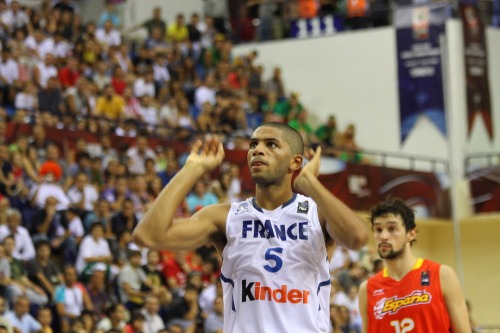 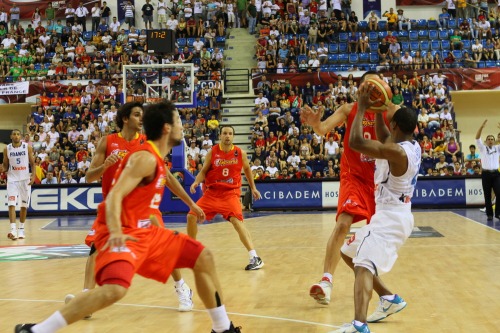