How Canada became a hoop heaven

Forty years before millions of Canadians watched the Toronto Raptors in their maiden NBA Finals, I was part of a tiny minority of Canadian kids who played basketball, not hockey. Though a Canadian, Dr. James Naismith, invented the game in Springfield, Massachusetts in 1891, we still didn’t have any heroes playing in the NBA.

A Canadian in the 1970s had to live near the US border to get into basketball. It wasn’t on TV, and nobody collected basketball cards the way we bought, traded and stole hockey or baseball cards. But I lived in Windsor, Ontario, across the river from Detroit.

One day a teacher asked us who was the leader of Canada. Correct answer was Pierre Trudeau. But many students answered Richard Nixon. Raised on Detroit TV and radio, we simply thought that we lived in the United States.

On April 9, 1978 my parents let me wander across the border alone, at age 12, into the “war zone” of downtown Detroit, which had about 1000 homicides that year. At my first NBA game, I snuck into empty courtside seats in Detroit’s Cobo Arena. David “Skywalker” Thompson scored 33 in the first quarter on his way to 73 points — the second highest in history — only to lose the scoring title later that day to George “Iceman” Gervin, a Detroit native who scored 63 for the San Antonio Spurs.

Canada’s greatest players in the 1970s were Mike and Donny Brkovic, who played high school ball in Windsor at my father’s alma mater W. D. Lowe, but more famously with Earvin Magic Johnson at Michigan State, winning the NCAA title in 1979. I wore an olive green MSU shirt. I practiced shooting at an outdoor rim above our garage, even in the cold Canadian winter. My friends, who called me “Magic Johnson”, argued about which one of us would make the NBA. None of us did. Even the “Brk Brothers” didn’t make the NBA. The NBA was only for Americans.

Our first moment of national glory came in 1983. At that time, I was saving money to study journalism at Ottawa’s Carleton University, which would become the greatest collegiate dynasty ever in Canada. Since we couldn’t get tickets, my teammate Hal and I hid in the bathroom between matches and snuck into the Canada-USA semifinal at the World University Games in the Butterdome in Edmonton, Alberta. Our team miraculously upset USA with Charles Barkley and Karl Malone, and then beat Yugoslavia with Drazen Petrovic to win our first international title. https://www.cbc.ca/sports/canadas-miracle-on-hardwood-1983-summer-universiade-1.4249111

After that, the American game really began to take root in Canada, not only in border areas such as Windsor and Niagara Falls. Victoria, where the players were tall like trees, won Canadian university titles seven years in a row under Ken Shields, who later coached pro ball in Tokyo and Australia’s Olympic team. From Victoria came Eli Pasquale and later two-time NBA MVP Steve Nash, the first Canadian to truly excel on the American stage. From Quebec came Bill Wennington, a center on Michael Jordan’s Chicago Bulls. From the Toronto area came Jay Triano, Leo Rautins, Rick Fox and then current stars such as Jamal Murray and Andrew Wiggins.

In 1995, the Americans expanded their league into Toronto and Vancouver. The Grizzlies only survived six years in rainy Vancouver winters and relocated to Memphis. Despite their fearsome name, the Raptors struggled for years in an oversized stadium meant for baseball. Toronto couldn’t hang onto homesick Americans like Tracy McGrady. But the Raptors always had class and soul. Win or lose, fans were loyal to Vince Carter and honest, modest guys like Chris Bosh and DeMar DeRozan.

But it was really Kyle Lowry, “the pride of North Philly”, who transformed the Raps into a perennial playoff threat. He’s what Canadians idolize. A little guy. An underdog. A mucker in the corners. Doing all the little things that win games for your team.

After an inspiring run to the East finals in 2016, the Raptors couldn’t keep Bizmack Biyombo, Terrence Ross and PJ Tucker. In 2017 and 2018, the Raptors continued to dominate in the regular season, only to lose to LeBron James in the playoffs.

The 2018 loss tested the faith of many fans across Canada. The Raps won 59 games, second best in the NBA. Coach Dwane Casey was coach of the year. But after an embarrassing playoff exit to Cleveland, Raptors general manager Masai Ujiri fired coach Casey and blew up the team, trading DeMar for an injured Kawhi Leonard.

Hardcore Raptors fans worried that we were shooting ourselves in the foot again. We lost the first game of the 2019 playoffs to Orlando. We got blown out a few times in Philadelphia. Fans questioned the wisdom of trading young risers Jonas Valanciunas and Delon Wright for a slow, aging Marc Gasol, the “Big Boss of Barcelona”. Chinese-American guard Jeremy Lin was riding the bench. But we always had Kawhi, who turned out to be the best player in the 2019 playoffs.

As Kawhi said after clinching the East championships: “I don’t care about being the best player. I want to be the best team.”

It won’t matter now if the Raptors beat the Golden State Warriors, perhaps the greatest team ever. We did it. We won the East. We made it to the NBA Finals. Basketball, invented by a Canadian, will forever belong in hockey country now. 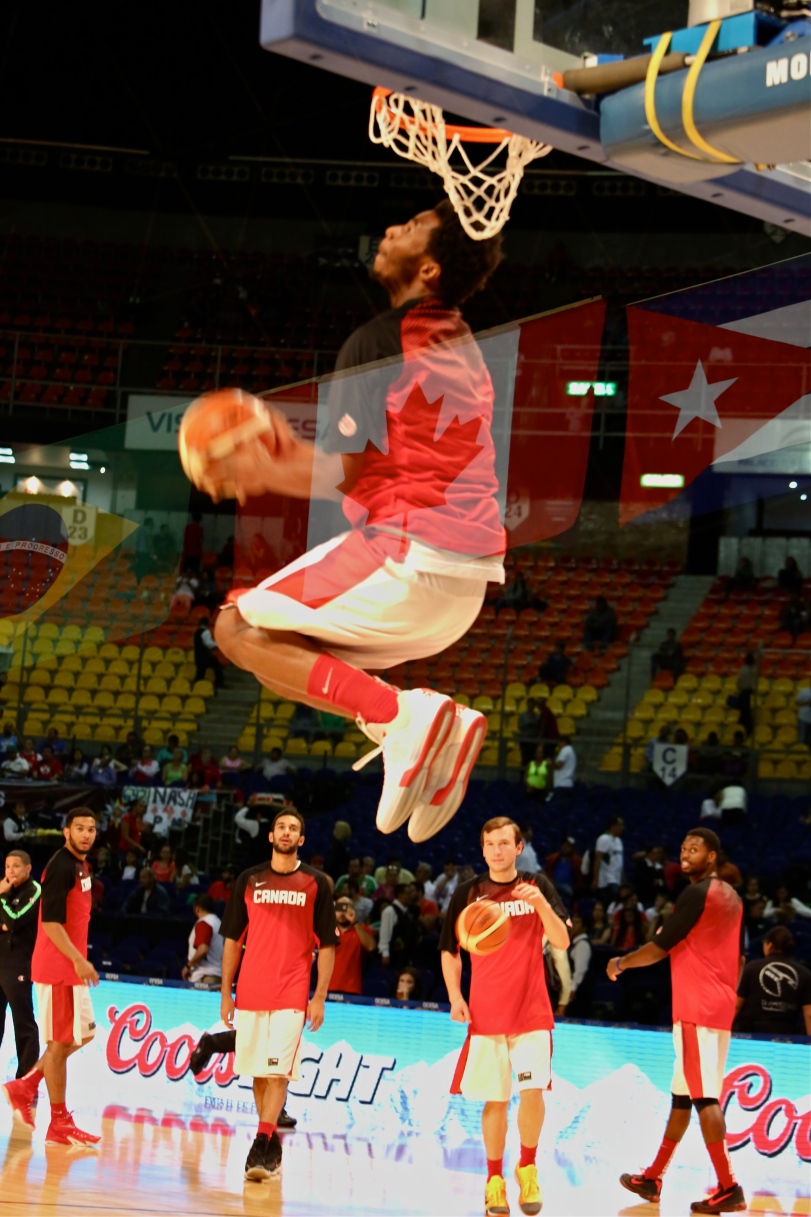