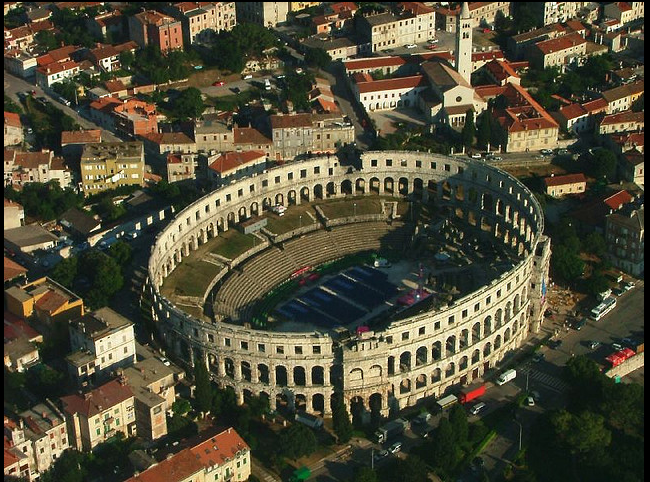 Sting will play the ancient Pula Arena on the Adriatic coast of Croatia on July 26.

The amphitheater, constructed using limestones between 27 and 68 BC, is one of the six largest ancient Roman arenas in the world, and it has been compared to the Colosseum in Rome.

The Pula Arena has hosted concerts by David Gilmour, Leonard Cohen, Manu Chao, Elton John, Luciano Pavarotti and many others.

(see Reuters video of Sting playing the Bataclan in Paris a year after terrorism attacks: http://www.youtube.com/watch?v=r2OH7AZLnwE)

Before venturing into jazz and world music, Sting fronted The Police and wrote classics such as “Roxanne”, “Message in a Bottle” and “Every Breath You Take” along with reggae-inspired tracks “Walking on the Moon” and the socio-political commentary of “Driven to Tears”, “Invisible Sun” and “Synchronicity II”.

Sting’s tour in 2017 will highlight his new album, “57th and 9th”, and he says it rocks harder than recent works. He says the song “50,000” comments on the shock of losing cultural icons such as David Bowie, Prince, Lemmy and others.

The tour includes several dates across Europe before going to the US in late August. Sting will then return to Europe for concerts in Vienna September 14, Belgarde September 17 and others in Sofia, Munich, Copenhagen, Oslo, Helsinki, Budapest, Moscow, Minsk and also Kyiv on Oct. 6.

(photo credit: Boris Licina via Creative Commons, not for re-sale)