Israeli checkpoints in Palestine, Festival Fascism and Denial of Access

As A.J. Niland and his staff at Huka Entertainment from New Orleans deny journalists access to a festival in their own country, it makes me think about my journey through checkpoints from Jerusalem to Ramallah only weeks after the US invasion of Baghdad in 2003.

Niland and his staff, who organize concerts and festivals showcasing some of the world’s most radical rock, rave and hip-hop musicians, probably don’t think they have something in common with Israeli overseers of checkpoints in Palestine, but they do.

It’s all about control of people — large masses of people — by fear, intimidation and brainwashing. It’s about cowing them with multiple baggage checks and pat downs, all in the name of security from a phantom threat (a spontaneous riot, gang fights, weapons or broken glass) when the biggest threats are drug pushers, collapsing stages, or lack of shelter from extreme heat or cold rain. It’s about convincing hipsters (who’ll spend $500 for a weekend of rebellious music) that curtailing their freedom of movement and thought is somehow best for them. And it’s about corralling people into the confines of “secure areas”, controlled by private guards, police or state security forces, and denying access to independent media who might dare to tell the truth about what happens inside the fiefdom.

People like me are choosing to go because we want to see bands.

But if you attend one of hundreds of music festivals around the world this summer, compare it to entering an airport, a military installation, a protest camp in Bangkok, a “separatist republic” in eastern Ukraine, or the Gaza Strip.

You can’t walk in and do whatever you want. You want freedom? Go somewhere else. This isn’t Woodstock back in the day. When you go to a rock festival such as Huka’s Pemberton Music Festival north of Vancouver, or Summersonic in Tokyo, or Reading in London or Frequency in Austria, you have to submit to Israeli-style security, which the Bush administration imported to airports after 911. 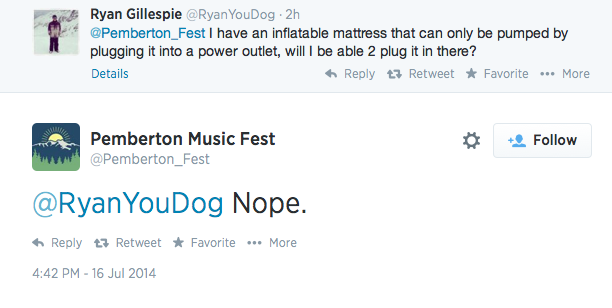 Pemberton, for example, has a long list of rules to obey. You have to park, then carry your gear 15 minutes to a designated campsite. (At many festivals, camps resemble the squalor of Syrian or Rohingya refugee camps.) Security guards will pat you down and check your bags, just like at the maze of checkpoints that intimidate Muslims as they go from Ramallah to Jerusalem, a 20-kilometer trip that took us three hours. You have to get in lines and wait. You can’t bring your own alcohol to the concert grounds, not even in plastic bottles. You have to buy drinks supplied by sponsors such as Molson at Pemberton, or Beck’s at Southside in Germany. 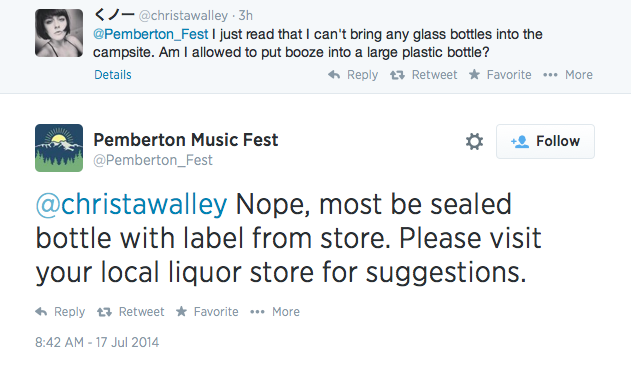 If you’re broke or high on ecstasy and dying of thirst, too bad. People die at festivals all the time.

Corporations often sponsor festivals because they can essentially fleece customers, who often pay more than their daily wages for this privilege. At Summersonic in Tokyo, staff with bullhorns herd patrons like sheep through a cavernous conference center, forcing them to pass through a maze of stalls selling sponsored items on their way to stages. You have to smuggle your own drinks onto the field of Chiba Marine stadium, where staff often hose you down in 40 C temperatures to save you from death by overheating. You pay about $150 a day for this privilege, and most people (myself included) come back every year because they believe the bands are worth it.

But how does this festival fascism affect the human spirit? Does it make hipsters more politically active or passive?

Many festival-goers have no idea they are consenting to temporarily acting like the Palestinians who can’t travel more than a few miles or kilometers without submitting to checkpoints. Like Palestinians, some music-lovers rebel against this, while others give-up the fight and become meek and submissive.

Some would argue that hipsters at festivals have more choices than Palestinians. Still, you are increasingly losing choice at festivals. Do you want to photograph your favorite bands such as Soundgarden, Outkast or Metric? Niland, his staff at Huka, and passive aggressive Vancouver-based publicist Teresa Trovato, who repeatedly insulted and stonewalled a journalist, say that I can’t. 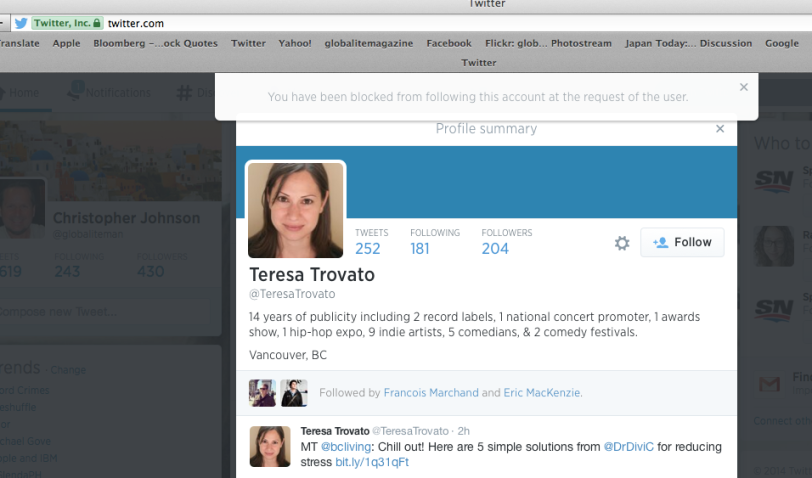 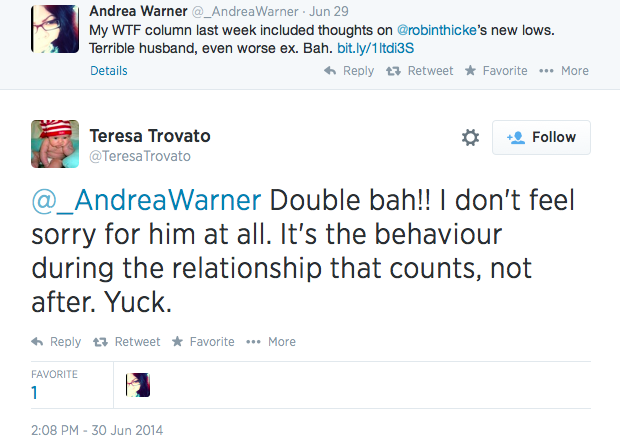 Many festivals or record companies ban paying customers from taking any type of photograph or video. (And if you do, guards might assault you, as Austrians did to London-based photojournalist Carolina Faruolo).

Do you want to assert your press freedoms to cover a public gathering of 20,000 or 100,000 people? You can’t, because organizers often deem it a “private event”, even though the event uses public roads and hospitals, and your taxes pay police, fire-fighters, medics, garbage collectors and other state workers to clean up the mess.

Some journalists have no problem with this. 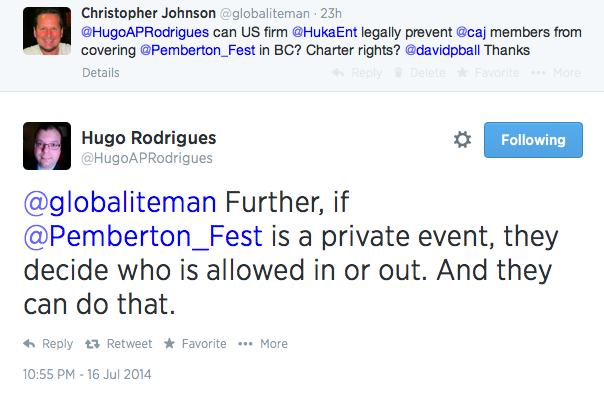 Brainwashed by media cliches, many fans think they’re going to a festival to express their freedom and indulge fantasies. But ultimately, organizers and sponsors want your money and your submission to their control. Like the Israeli checkpoint guards, they want to open your wallet. They want you to trust them — ‘follow our rules, do what we say’ — but they don’t trust you to regulate yourselves.

What can you do? Go to artists and progressive organizers directly. Many of them — such as the leaders of Fuji Rock in Japan and Pohoda in Slovakia — are rebels too, repelled by festival fascism. Musicians like Alec Empire are spreading awareness of festival fascism. Many artists are trying to organize their own festivals, with your empowerment in mind.

Or you can refuse to pay to be treated like an animal for a weekend. Many are doing this and choosing to see bands at smaller venues or not buying music products at all. Niland and staff have told their select coterie of accredited media that this is “a building year”, meaning they’re expecting low turnout and financial losses. Perhaps a trip to Gaza might tell them why. 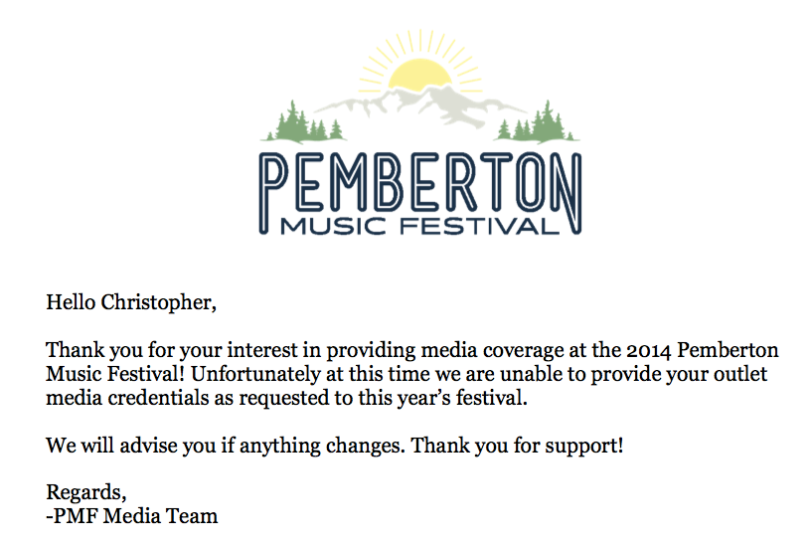