Zao Onsen ski resort and Lodge Scole: a winter wonderland in the heart of Tohoku 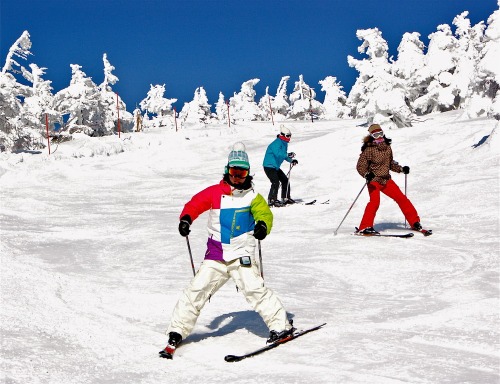 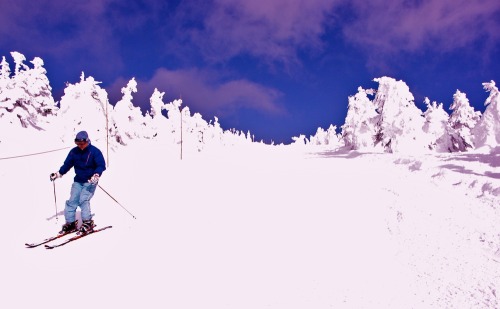 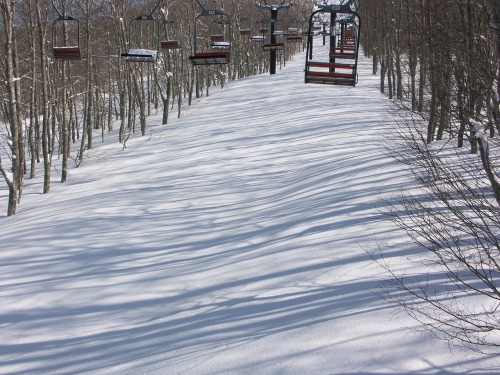 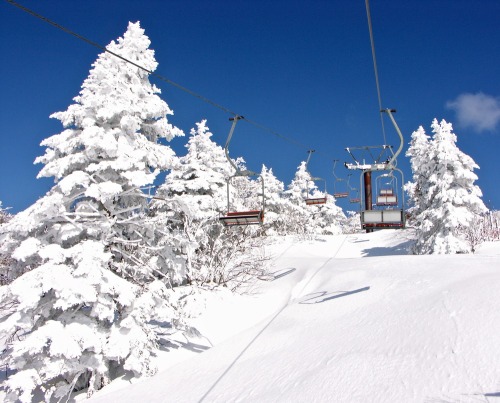 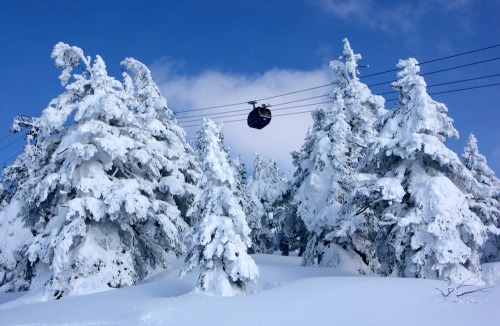 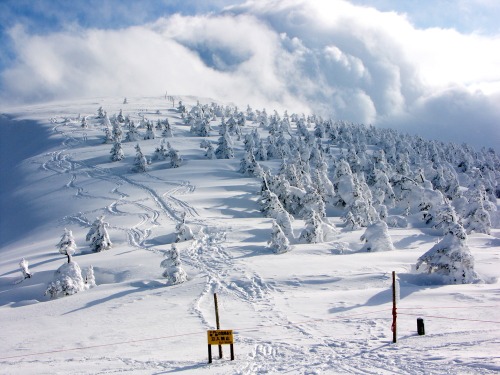 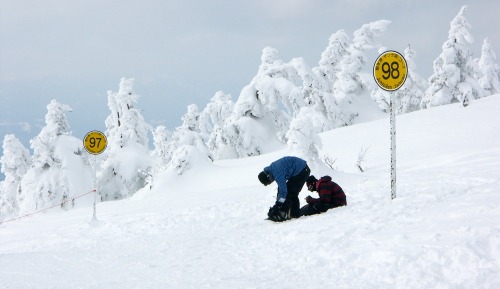 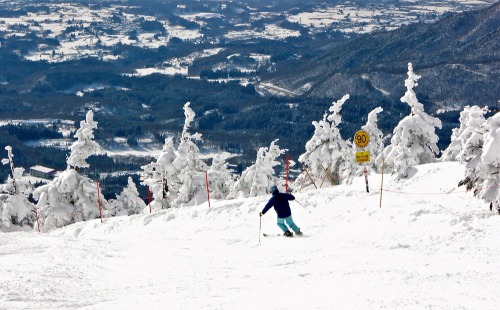 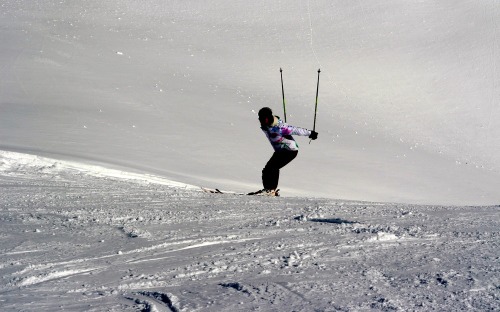 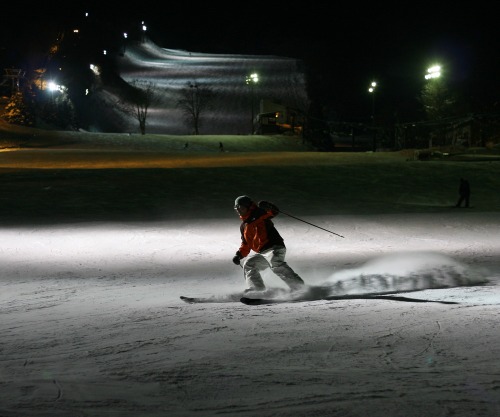 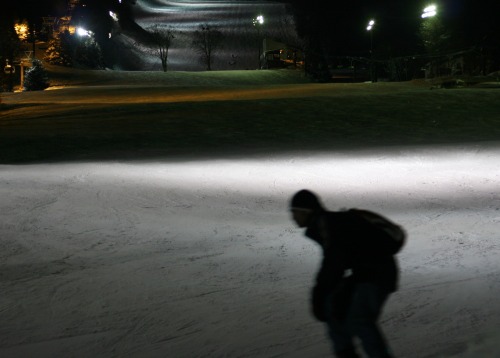 Want to help Tohoku recover from the March 11 disasters? Why not head up to Yamagata to one of the most spectacular ski and hot spring resorts in the world.

Dating back 1900 years, Zao Onsen has a snowscape like almost no other place in the world. High atop the mountain at the end of a series of lifts and gondolas, winds and cold temperatures mix in just the right way to create formations of so-called “snow monsters” on Aomori firs caked with snow and ice.

It’s one of the natural wonders of the Japanese world, and a visit to Zao Onsen should be on the winter itinerary of every tourist in Japan, right up there with Mount Fuji and the temples of Nikko, Nara and Kyoto.

Yet during my visit on a stunningly sunny Wednesday in mid-March, there was almost nobody there, and my guide and I often had runs to ourselves. Somehow, people were too busy doing other things — working, playing video games, studying — to enjoy the finest winter dress of Mother Japan.

“Many people in Tokyo forgot that we are here,” says Mao Ojima, a former ski racer who now runs her family’s Lodge Scole at the foot of the Zao ski resort. “They are too busy on the internet on their cell phones. But we are so close, and it’s so easy to get here.”

Waking up at 6 am in Tokyo, I could take the shinkansen to Yamagata station, then a 40-minute bus ride, and be skiing on the slopes by 1 pm, at one of the most striking winter wonderlands in the world.

High up at the end of a winding mountain road, the narrow little Zao village reeks with sulphur that makes your skin sing and your hair shine after an hour in the soothing little outdoor hot springs.

The ski resort, one of the originals in Japan, features dobs of deep white snow on funky Aomori firs and some of the deepest, freshest powder runs anywhere, even in mid-March.

On a clear day, you can see Fukushima and Miyagi prefectures to the east, and Niigata, Akita and the Japan seaside to the west. It feels like you are standing on top of Tohoku, presiding over your fiefdoms below.

In the distance, the mountains and hills seem like paintings, with brush strokes of trees dotting ridges and dollops of white snow splattered on ridges akin to scenes in the European Alps or North American Rockies.

A series of 4 gondolas and 35 lifts, owned and run by various companies, sprawl across a 300-hectare ski area on three faces of the mountain range, meaning you can often find sunlight on one while clouds or blizzards occupy another. Though confusing at times, there’s a wide variety of runs to suit various levels of skiers and snowboarders, and you can ski for 10 km continuously, if your knees can handle the burn. With so many runs, it’s best to hire Ojima-san or her friends to show you the way at first.

Zao’s most famous run is at the very very top. The scenery here is so spectacular, that many non-skiers take the lifts and gondolas just to see it and take photos of the ice monsters. Even though they were partially melted during my visit, I was still struck by how playful and imaginative Mother Nature can be in creating shapes and images out of nothing but snow and trees. Many ski resorts on Earth have beautiful trees and fields of snow, but there’s really nothing anywhere like this. Even Ojima, who has been skiing here her whole life, is still amazed at the breath-taking beauty of this heavenly place.

From the top, we ski through a narrow tunnel between these Ice Monsters, stopping for photos and jaw-dropping scenes along the way. Ojima speeds down a steep slope and hits the brakes, kicking up a powder storm of snow. We cascade down the mountain, overlooking the town below and much of northeastern Japan. We hoot and holler and smile at the thought that we could be sitting by a computer terminal in an office in Tokyo right now.

Ojima, who also runs businesses from her base in Meguro ward in Tokyo, says she spends half the year hosting foreigners at her family’s hotel, called “Lodge Scole”, as in Latin for “school.”

During a honeymoon in Europe about 40 years ago, her parents Sho and Sachiko got the idea of building a Swiss-style ski lodge at the foot of the Zao ski lifts.

They enlisted Masahiro Ono, a member of an architectural firm that would design the Hillside Terrace complex in Daikanyama, Tokyo, to give it a modern yet traditional flare with wood ceilings and railings. One of the coziest abodes in the archipelago, it oozes with warmth, charm and a family familiarity. Smoke from a fireplace fills the open-concept main room with a woodsy aroma, and it’s a great place to lay back on cushions, hang out, make friends, tell stories and sample three glasses of three types of delicious Yamagata sake for the low price of 700 yen.

The family planted five little momi (“fir”) trees that are now adults caked in snow, and a sign out front says “Dogs Welcome.” Ojima claims she’s the first resort owner in the area to actively welcome folks with dogs, for an extra 1000 yen charge per dog. Pictures of the family sheepdogs grace walls where others might put religious images. A single mother raising a 4-year old boy who can already ski like a future Olympian, she also has special rates for single mothers or fathers with kids.

Ojima, who studied English while living in Oxford, England, receives many foreign customers through her website: http://lodgescole.com/indexe.html

A favourite of skiers from as far away as Australia and Brazil, the Lodge Scole is one of the most foreigner- friendly places in Japan, and very steeped in Japanese traditions of hospitality. Ojima says that a British TV crew, hoping to get to the tsunami zone after March 11, stayed there, no doubt wishing they could go skiing instead.

With 12 rooms for a maximum of 40 guests, Lodge Scole is just the right size for intimacy, and there’s wi-fi in the main room and a nice little hot spring bath in the basement. The hearty homemade meals couldn’t be better. Dinners alone would be a good value at 3000 yen or more. For the set menu dinner, Ojima’s mother made us tender juicy “saboten” cactus, smoked tai sashimi, batter fried renkon and oysters, and a bitter and spicy mix of pork, cabbage and nasu. Another night’s dinner was blessed with healthy doses of tofu in different ways. For the low price of 700 yen, you can sample three types of delicious fresh Yamagata sake in colourful bowls.

There’s a good selection of restaurants in the area, as well as indoor and outdoor hot springs. At the bottom of the slope, Lodge Izawa serves a hearty lunch of Yamagata’s famed soba, or ramen to warm you up inside on a cold day. Up a hill above the ancient main street, Genshichi-no-yu’s outdoor hot springs was so good, I went after my daytime runs and before a few hours of night skiing.

If you plan on staying for a few days or longer, as many guests do, check out concerts, art exhibitions and other events at the family’s award-winning performance space in an ancient “kura” warehouse in Yamagata city. <a href=”http://ojisho.com/2010kura_web/kuraindexe.html.

It all makes for a great escape from the cell phone world of urban Japan, without having to leave Japan. 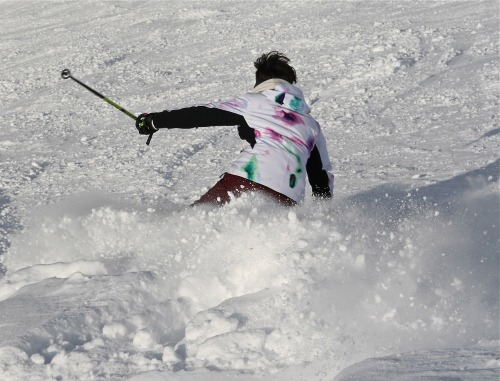 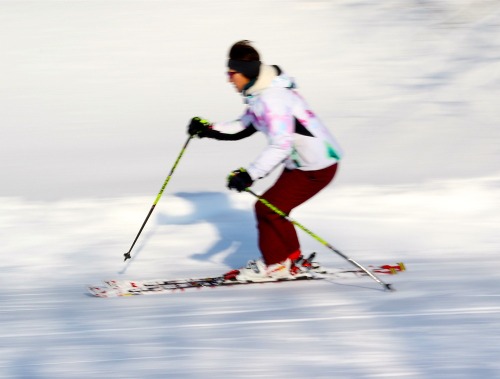 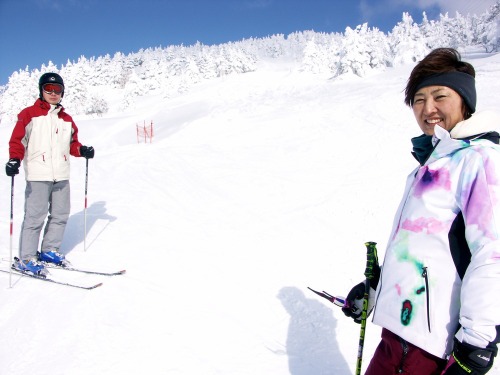 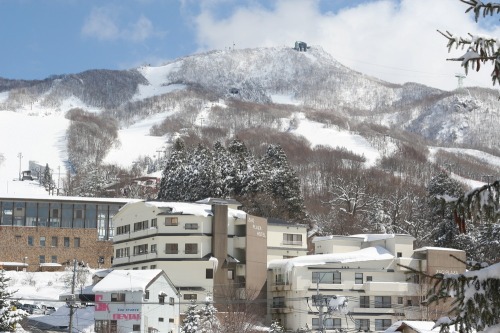 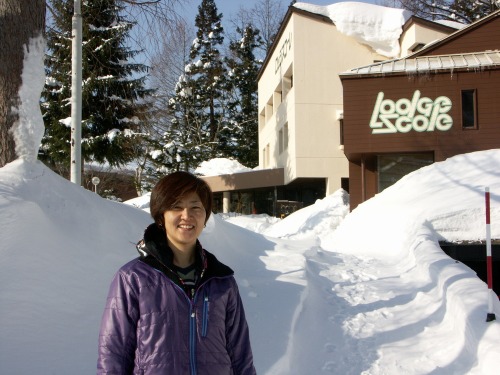 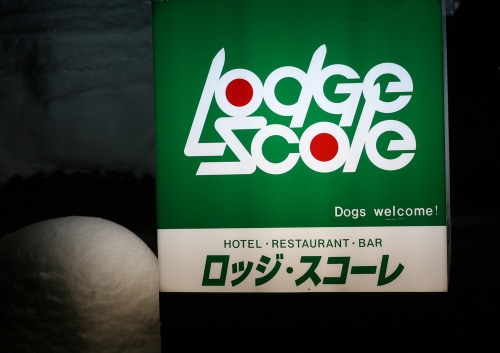 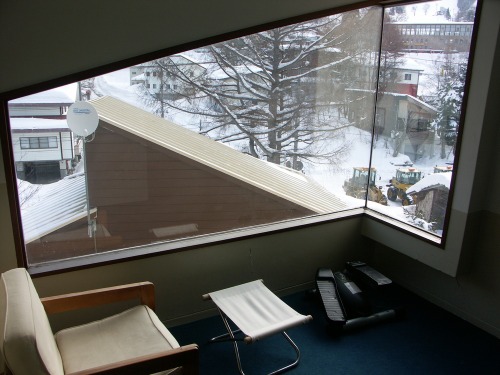 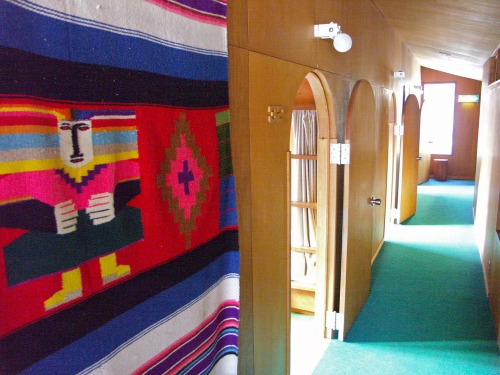 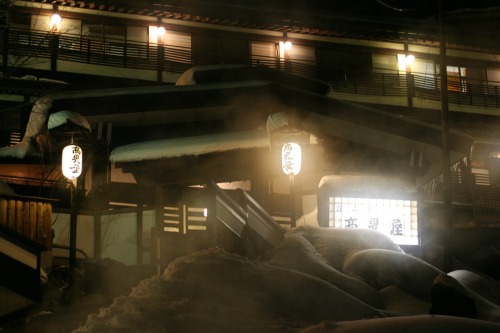 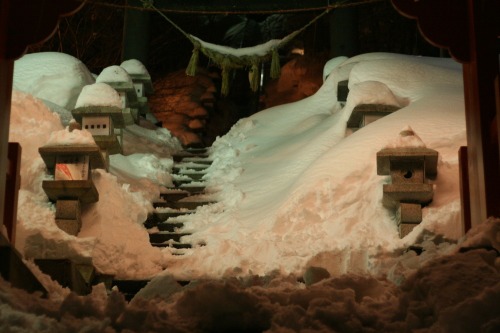 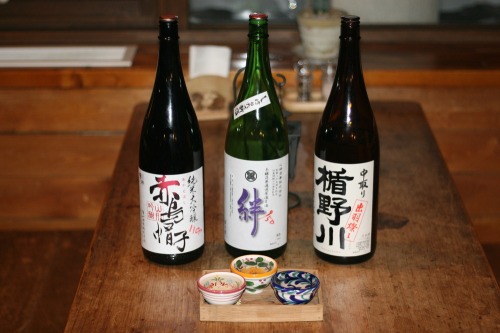