Known better for its downtown neon lights and sakura cherry blossoms, it’s probably fair to say that Tokyo is somewhat under-appreciated for its spectacular autumn colors of November and early December.

At this time of year, Tokyo ranks among the most photogenic major cities in the world.

For amateurs or pros, it’s a great chance to hang around some of the world’s best photographers as they turn their lenses away from disaster zones and onto the landscape paintings of leaves across the city.

Unnoticed most of the year (springtime aside), Tokyo’s trees are like well-preserved bottles that let forth their red and golden wines at the approach of winter.

While the Japanese term for the fall foliage, kouyou, literally means “red leaves,” a whole palette of colors comes out to play: yellow, orange, crimson and even purple.

Better yet, with so many great parks and rivers within the metropolis, you don’t need to join the hoards cramming trains and mountain paths out of town at places such as Mount Takao.

A bicycle is the most convenient way to sample the kouyou hotspots of Tokyo. If it’s too early or too late in the season at one spot, it might be perfect timing at another nearby.

For the bluest skies, it’s best to go early in the morning on a weekday, since clouds — and crowds — tend to build up later in the afternoon.

Unlike the bacchanalian parties of sakura season in spring, it’s easier to relax and enjoy the tranquility and fresh air of the season. With a camera in one hand and a bottle in the other, there’s no better place to be in the world at this time of year. 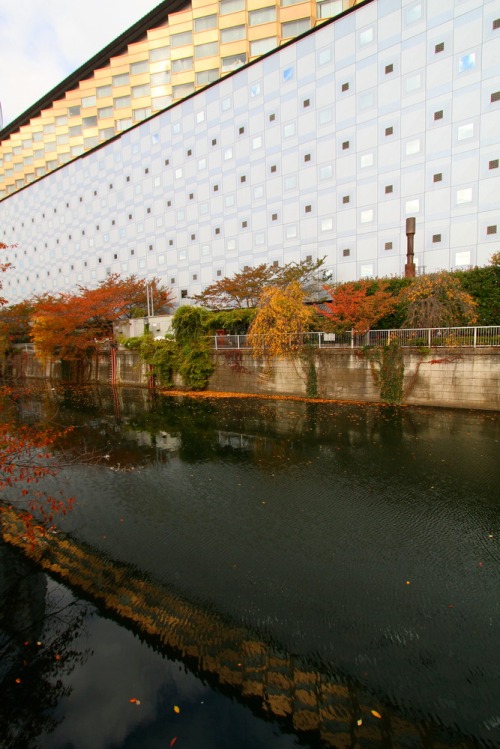